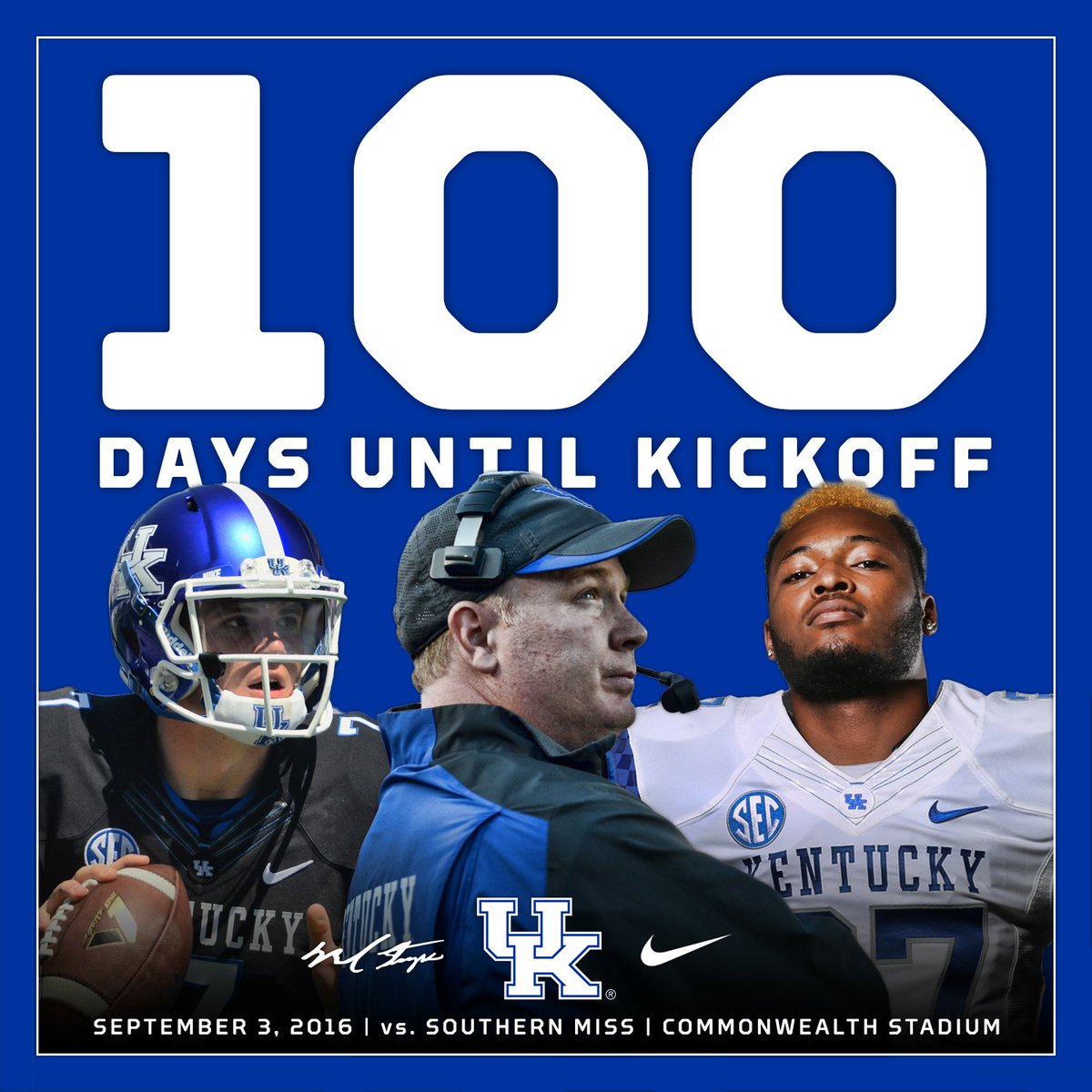 @UKStoopsTroops[/caption] The countdown clock hit the 100-day mark until Kentucky football's season opener in Commonwealth Stadium. We have a little summertime to enjoy first, but it won't be long before Shannon Dawson brings his high-powered, fade-route-from-the-one-yard-line, draw-on-3rd-and-13, it-would've-been-a-good-call-if-it-worked offense back to Lexington with his new team, Southern Miss. That game will kick off on Saturday, September 3 (the Thursday night move is 100 percent not happening), 100 days from now, at a time to be announced later on. 100 DAYS LESSSSSGGGGOOOOOOOOOO