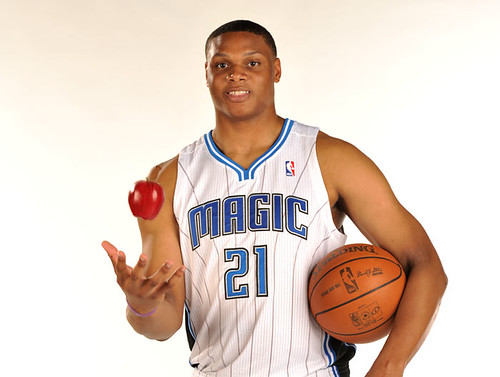 Is that apple for your online professor? We have a bit of unfortunate, but not surprising, news out of Orlando. The Magic have decided not to exercise their team option on Daniel Orton for the 2012-13 season. That means the former Cat will become an unrestricted free agent in July. Orton hasn't played a single minute in a regular-season game since the Magic selected him with the 29th pick in the 2010 NBA draft. Good luck to Daniel in finding a new home. He's one of those guys who will probably be injured throughout his whole career, unfortunately.