2013's Jimmie Taylor has UK in his Final Five
Article written by: 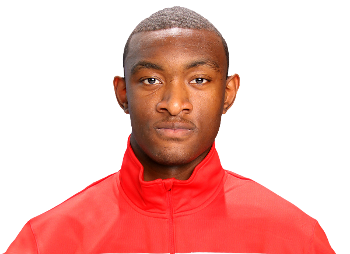 Jimmie Taylor, a 6'10 center in the class of 2013, has narrowed down his college choices, and UK has made the cut. According to Ben Roberts of Next Cats, Taylor will also consider Georgetown, Vanderbilt, Tennessee, and Alabama (Taylor lives in Greensboro, AL). Kentucky is the only school that has not made Taylor an offer, and he plans on visiting Lexington, Vanderbilt, and Georgetown in the fall.   ESPN rates Taylor as 19th in his class, and like Anthony Davis and now Nerlens Noel, Taylor is considered an effective shot-blocker with great length and the ability to impact a game without necessarily scoring the most points (see also: Anthony Davis in the national championship game).  At 210 lbs, conventional wisdom says he's a little skinny to be a dominant center, but we who have seen Anthony Davis play in person know better. When describing Taylor, ESPN also uses the phrase "he rebounds the ball with an attitude," which I can only assume means that he gives a sassy snap of his fingers after hauling one in.   Looking at his list of schools, it seems obvious the Taylor wants to play basketball in the SEC. With Nerlens Noel already expected to leave after one year, Taylor seems a natural continuation in Calipari's latest line of shot-blocking centers. However, Calipari will need to step his game up to battle Alabama's home court advantage in the recruitment of Taylor. Cal has had a lot of success recruiting players right out from under Alabama's nose- DeMarcus Cousins and Eric Bledsoe- and Jimmie Taylor would be a great get for the class of 2013.   Here's your requisite highlights video. Let's get him.     @KristenGeilKSR