3 Rivalries Kentucky Could Invent Like UConn
Aritcle written by: 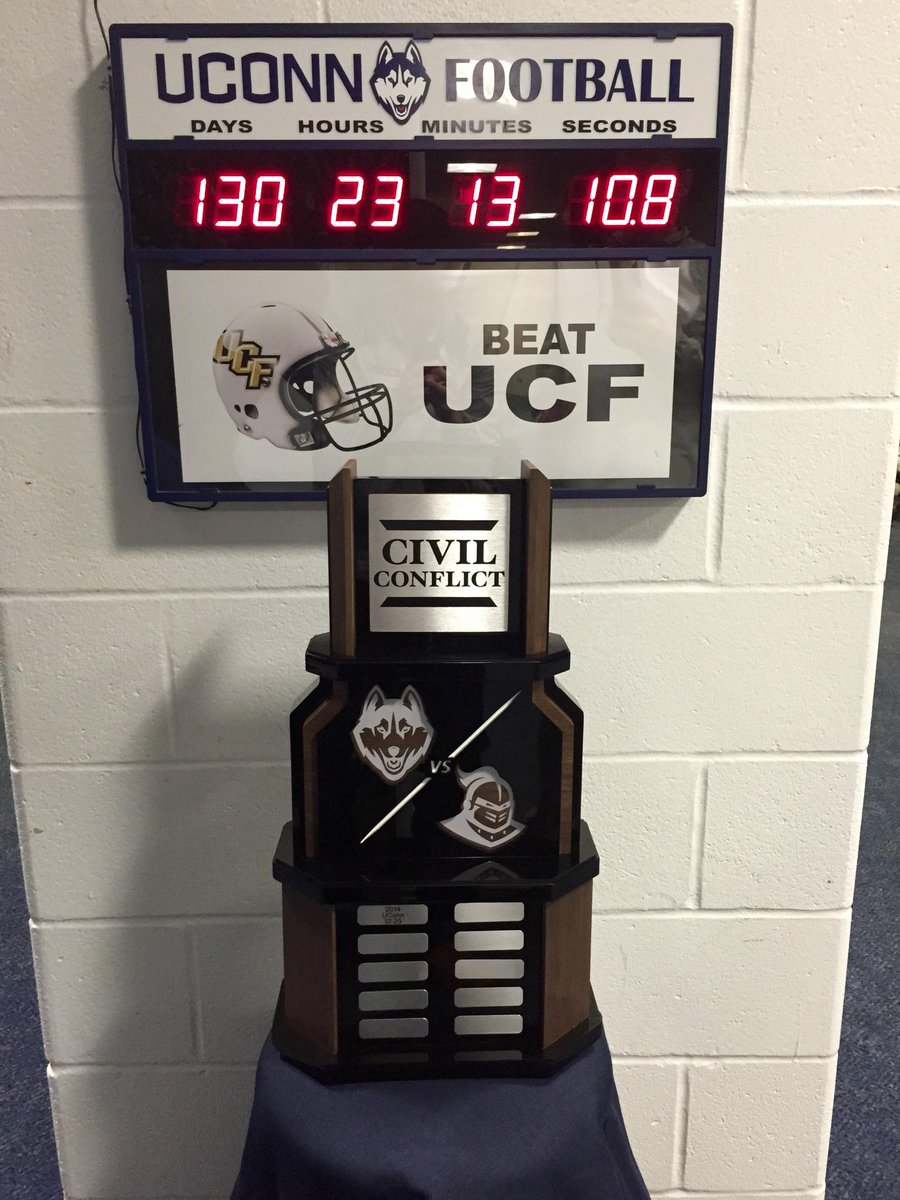 How do you start a rivalry? Well if you're UConn Football you just make a trophy and tell the other school you're rivals now whether they consider you a rival or not. I guess that's how it works... In the spirit of UConn's invented rivalry I've invented a few new rivals for Kentucky to battle on the Gridiron. First up, WVU:

UK Vs WVU in the Battle for Big Sandy

Two schools that love burning couches. Some bad blood from basketball season. We just took Shannon Dawson, their former offensive coordinator. We share an actual border. This one has all the makings for a legitimate rivalry and as such is deserving of some higher stakes than all the rest. Instead of a  physical trophy the two teams can play for the tract of land between the Tug and Levisa forks of the Big Sandy river. My dad tells an eastern Kentucky legend that as the surveyors were carving out the border of WV and KY they walked along the Big Sandy River. As they reached Louisa they were supposed to continue up the Levisa fork but being drunk picked the Tug fork instead. The rest they say, is history. Now a football game could decided who gets the property rights each year. Sorry Belfry, you're paying WV tax this season, better luck next year. This game almost came to fruition when the Cats needed an opponent for the 2016 season but alas the battle for Big Sandy remains a dream.

Call it the basketbowl or whatever you want but this game has always made sense to play. Two basketball schools in strong football conferences that have traditionally been near the bottom of the BCS. Mainly I'd like to see the Cats play Kansas every year to teach the nation the difference between KU and UK which would be clearly displayed on both teams helmets. Have you ever been on vacation and someone upon seeing your Wildcat gear that you're proudly sporting says"Nice, Wildcats! Go KU!"? It happens to me everytime I'm on the beaches of the Carolinas and it's an epidemic amongst the haters on twitter.  This game could start educating those poor souls in need.

Kentucky Vs. Missouri: The Aggression without Secession

Similar to UConn and UCF, we already play Missouri every year so why not add a random trophy to take the game to the next level. And in playing with the civil war theme UConn has established we can use the football game to determine which of our two states is the most neutral. See, back in the actual Civil Conflict both Kentucky and Missouri were border states that had pro-Union and pro-Confederate governments. Neither state ended up seceeding from the union and remained pivotal neutral ground for the North to eventually win the war. Why not celebrate that heritage by adding some history to the annual game. It's not like the first 3 meetings of the field could have been any less entertaining.   What rivalry would you make up if you were Coach and could pull a UConn?