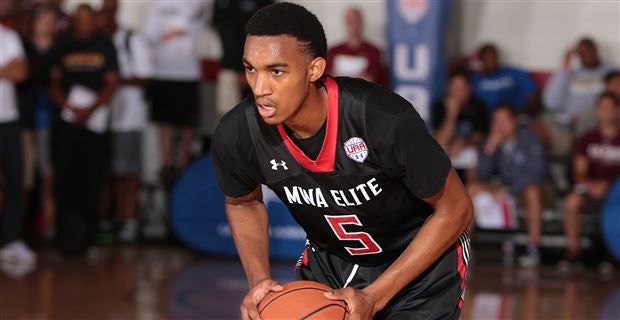 What a weekend for SEC basketball recruiting. One day after Bruce Pearl and Auburn landed five-star forward Mustapha Heron, five-star guard Terrance Ferguson committed to Avery Johnson and Alabama. Ferguson is considered the 11th best player in the 2016 class and picked the Crimson Tide over Kansas, North Carolina, Louisville, and others.   Kentucky and Florida have ruled the SEC basketball roost for longer than I can remember, but now, other programs in the league are finally making some noise. Most of the blue chips are still on the table, but Auburn has the 7th best recruiting class in the country for 2016, followed by Texas A&M at #8, Arkansas at #11, Georgia at #18, Florida at #22, LSU at #25 and Alabama at #27. Add in Malik Newman at Mississippi State and Ben Simmons and Antonio Blakeney at LSU and the next four years of SEC Basketball don't seem so boring. Bring it on. https://youtu.be/B9ajVAhM0xs