A cow is running wild on UK's campus
Aritcle written by:

@lvm_4[/caption] You're looking at a cow sprinting down Cooper Drive, right around Commonwealth Stadium. I have no idea how or why there is a cow running around freely on campus but we've received plenty of photos and texts about it this morning. A UK police officer is doing his best to corner it. It's going to take more than that. [caption id="" align="alignnone" width="600"] 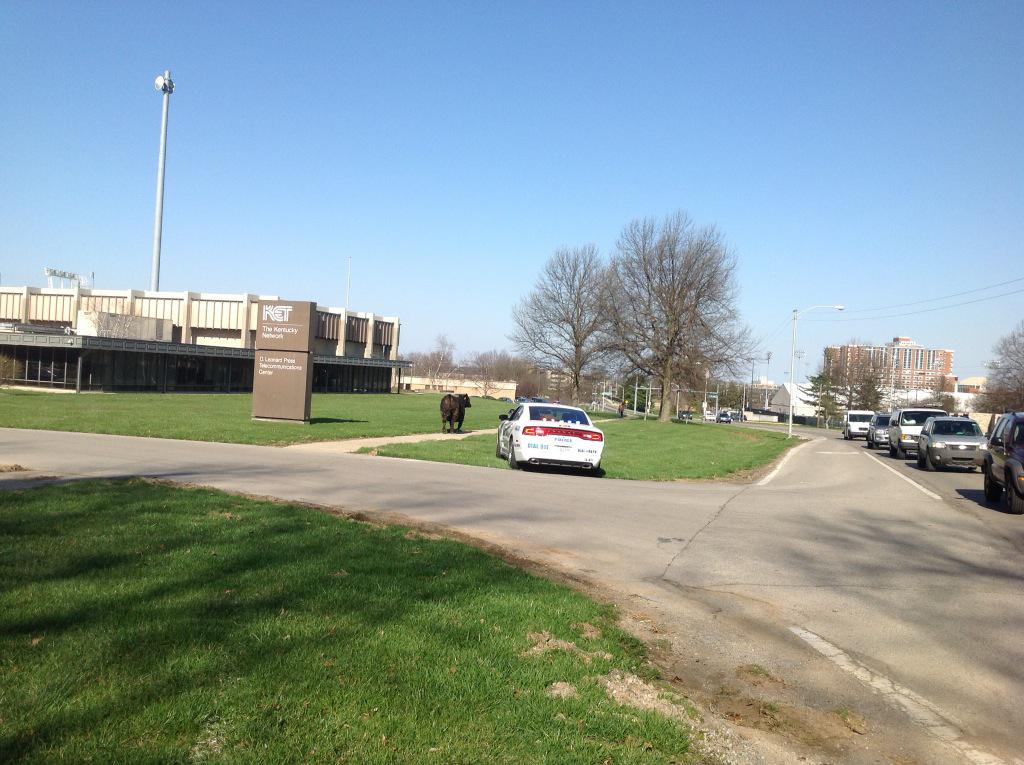