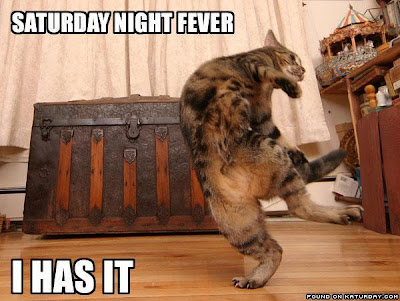 Before you hit up the town to celebrate the big wins over Dillards and Charleston Southern, take a moment and check out these weekend notes.

-The basketball team dominated last night, and looked much better than they did against Pikeville.  One of the stories that got overlooked though, was the work done by our man Jorts.  Josh had 13 points and 7 boards, which was enough to earn some praise from Calipari after the game.  In a post game interview, he admitted that he had worked through his differences with Coach, and while he’s still serving his suspension, they have each others back from here on out.  It’s good to know that Jorts-gate is over, and hopefully we will be again reading his tweets about ‘getting better,’ very soon.

-The triumphant return of the Cats best runner Derrick Locke was delayed a week.  It was up to Locke as to whether or not he would play, and he elected to play it safe and save his return for his last game in commonwealth next week against Vanderbilt.  Fortunately Locke was not needed, as Russell and Williams were able to fill the void.  Still, it will be good to have him back.

-I’m not really into horse racing, but every so often something big enough happens that makes me pay attention, like the rest of America.  The derby, Barbaro, and now Zenyatta.  Zenyatta’s career as a filly/mare racing horse has been a spectacular one, and she was 19-0 until today. In her last race before retirement she lost by a head to Blame, and joins the 2007 Patriots as one of the great ‘so-close’ stories in sports.

–John Wall and Demarcus Cousins both play tonight, and both are looking to have a better game than their last.  Wall has been spectacular at times, but like he was as Kentucky, he’s a bit turnover prone.  Boogie has played well in spurts, but still has to find himself in the flow of the offense, which will be more difficult coming off the bench now.  But playing against the Cavaliers and the Grizzlies respectively – expect them to have huge games.

–The Football cats are officially one win away from bowl eligibility, and with Vanderbilt and Tennessee left on the schedule, 7-5 is possible (and likely if you ask me.)  The bowl game will likely be in Tennessee again, so we haven’t made it past that… but if that scenario plays out, it has to be considered a success for Joker’s first year.

-Someone asked about The Walking Dead – the new AMC show – in the liveblog today.  Just wanted to say, for my money, The Walking Dead is phenomenal so far.  It’s a good mix between horror and drama, so if you like either of those styles you should check it out.  It comes on Sunday nights, so make a note to check it out.