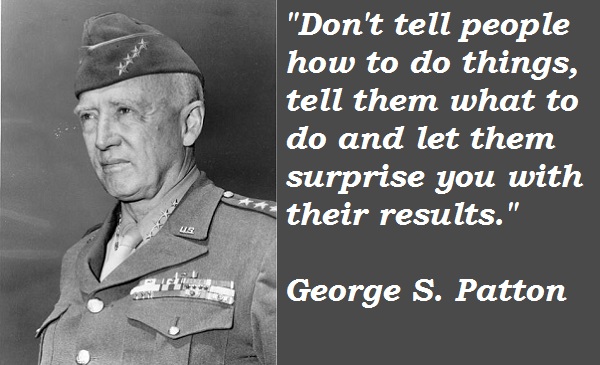 An After Action Review, or AAR, is a militaristic method to analyze the success or failure of an intended action/mission. Here we go:

WHAT WERE INTENEDED RESULTS

-Kentucky offensively exploded while defensively enduring on the way to secure its first win of the season.

Sustain -Offensive balance was in full display as the Wildcats passed for 311 yards and rushed for 381. Kentucky scored 5 rushing touchdowns and passed for 3. -Steady quarterback play: Stephen Johnson assumed command of the offense following Drew Barker’s injury. Johnson had himself a ballgame by going 17-22, 310 yards, and 3 touchdowns. His poise was unparalleled by engineering the Run/Pass/Option scheme to near perfection. Johnson was a steadying force that efficiently and successfully distributed the football to a high number of playmaking teammates. -Run game had been all but missing since the first half against Southern Miss. Boom Williams blossomed by rushing for 188 yards off 18 carries and 1 touchdown. World meet Bennie Snell Jr. The true freshman powered and willed his way through the New Mexico State defense as he racked up 137 yards and 4 touchdowns. QB Stephen Johnson joined in on the ground-game party as he gained 51 yards before Mark Stoops removed the “Run” out of the RPO. -Catching the football had been a two-season problem. Wildcat pass catchers have held onto the vast majority of passes thrown in their direction in 2016. Senior Ryan Timmons finally registered a catch, 4 actually, and seemed to be more confident in his hands. The BBN demanded TE production. It got its wish on Saturday as CJ Conrad caught 5 passes for 133 yards and 3 touchdowns. Greg Hart contributed 2 for 16. -Secondary interceptions are on pace for a record season if it continues to produce picks at the current pace. CB Derrick Baity snagged a Tyler Rogers pass in the end-zone during a critical stretch of the football game. Safety Blake McClain also intercepted a pass and received the benefit of a monstrous block by fellow DB JD Harmon. -Number of plays/time of possession limitations beleaguered the Cats in the second half of Southern Miss and continued throughout 60 minutes in the Swamp. Eddie Gran rectified that deficiency by executing 75 plays while controlling the majority of clock to the tune of 34:12. That’s up from its 21:01 average. Improve: -Tackling; oh boy. I’ve often been asked, “Where exactly do we start when discussing the defense”. Simple answer, tackling. Compared to its NFL counterparts, college football lacks the benefit of free agent trades/acquisitions. UK has who they got, pardon my grammar. UK missed an overabundance of tackles against NMSU as well as when it faced Southern Miss and Florida. With any defense regardless of team or logo, a talent deficient front-seven must execute fundamental football actions at an extremely high level. That’s a fancy way to say that UK’s defense has to overcome a talent gap by overachieving and performing with extreme energy -Front seven fundamental run-gap responsibilities have been inconsistently managed throughout the young, 3 game season. Cut back lanes are often unmanned to go along with the defensive line losing gap control and line-of-scrimmage edge containment. -Zone pass defense ineptitude has led to 2 late-half touchdowns by both Southern Miss and New Mexico State. Florida exploited UK’s zone pass defense as a Gator receiver was unimpeded all the way to the end zone. This matter runs deep and it can be complicated to explain, but here goes. There are 2 safeties in a zone pass defense that are accountable for either the deep middle or deep thirds of the football field. One or both have failed to patrol their assigned areas which has led to wide open pass catchers. The second matter is derived from inside linebackers failing to properly drop into their areas of responsibility. This mostly occurs during play-action pass plays. The reason LB’s intently bite on run fakes is due to the defensive line’s inability to occupy blockers or at times fill their allocated run gaps. Zone pass defense is an 11-man operation. If one of the 11 parts miss an assignment, then the entire operation fails. The cycle must be immediately broken. -Turnovers cannot continue; simple as that. 3 first half turnovers gave the football back to NMSU which in turn sent the struggling UK defense back onto the field. 1 interception and 2 fumbles severely and negatively impacted the game’s momentum. Ball security must take center-stage during preparation for South Carolina. -Defending a running quarterback has been a pebble in the Wildcat’s cleats for decades. New Mexico State’s Tyler Rogers exploited missed assignments and inexperience by rushing for 74 yards and 2 scores. I must say this; Rogers is a seasoned and crafty veteran that’s played a great deal of college football. But, he is not a speed burner like UK will face against South Carolina. Situational awareness or Football IQ as Mark Stoops calls it will need to be sky high against the Gamecocks.