Allen Iverson won't play in the BIG3 in Lexington this weekend
Article written by: 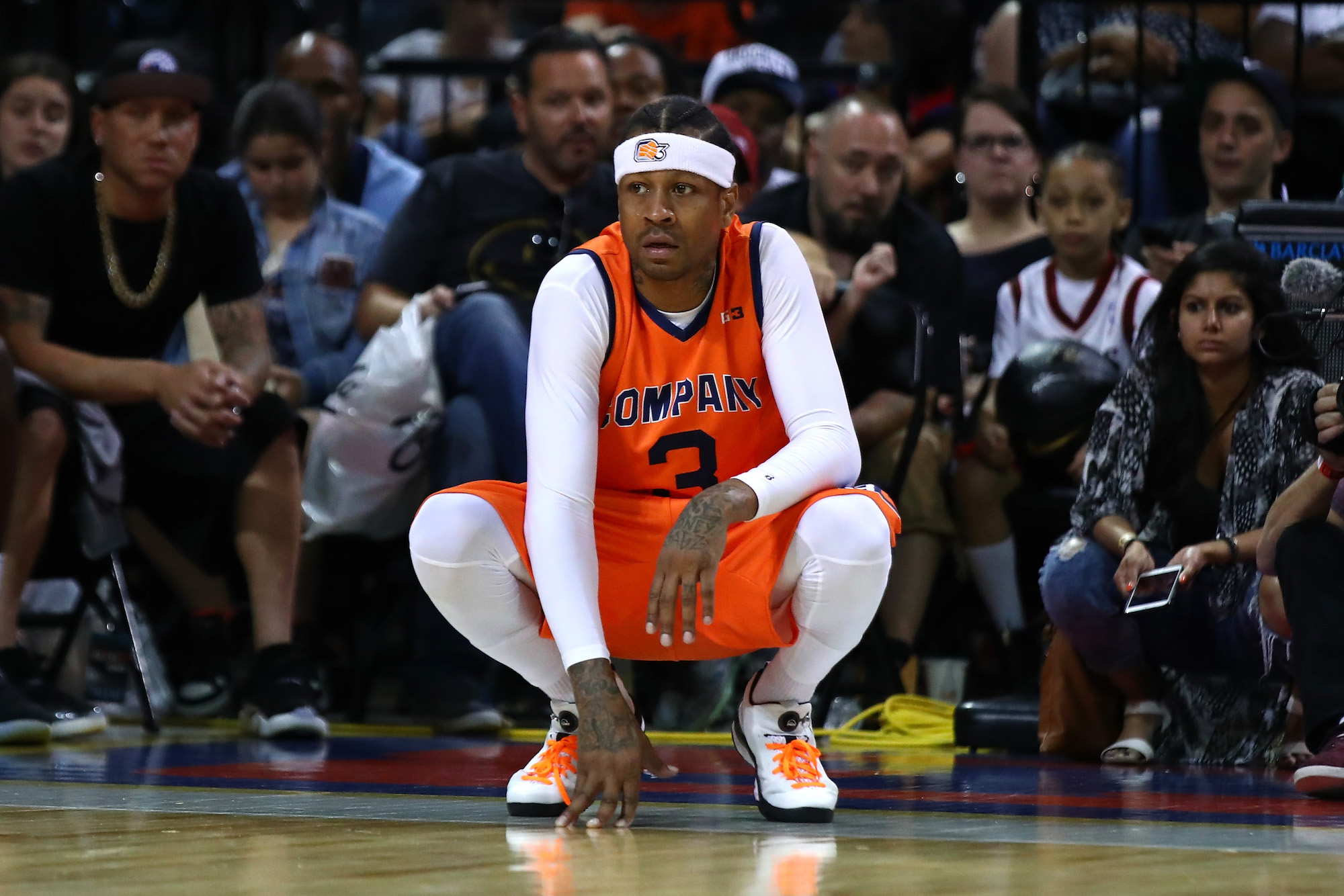 One of the main attractions for the BIG3 3-on-3 basketball tournament this weekend in Rupp Arena was supposed to be Allen Iverson, but the Philadelphia 76ers legend won’t play due to suspension.

This morning, BIG3 commissioner Roger Mason Jr. announced that Iverson has been suspended one week for not showing up to his game in Dallas on Sunday, meaning he will miss Sunday’s game in Rupp. Iverson didn’t give a reason for not showing up, but did apologize on Instagram afterwards. Regardless, BIG 3 founder Ice Cube said he still felt as though a punishment as necessary.

“Well, we talked about holding up the legitimacy of the league and he knows that him not showing up hurts us,” Ice Cube said. “Who’s happy to be suspended? Nobody. But he understands that it’s a necessary step in the development of the BIG3 who don’t believe what we’re doing and what we’re going to do in the future. Our league is bigger than one man, and we’ve got Hall-of-Famers, champions, All-Stars, first-round picks, and we have to think about them. He understands that.”

Regardless, Sunday’s event should be a fun one. Iverson may not be able to play, but former pros like Rashard Lewis, Mike Bibby, Rashad McCants, Kenyon Martin, Jason Williams, Chauncey Billups will. The BIG3 is picking up in popularity, so if you want to see what it’s all about, get thee to a Ticketmaster to secure your seat. Unfortunately, Calipari can’t go due to a family obligation, but he’s apparently sending plenty of his former players in his place. Ice Cube is ready for them:

Thanks Cal, your 30 for 30 was amazing. Send your players we'll take care of them. https://t.co/6WbtqfjsgC