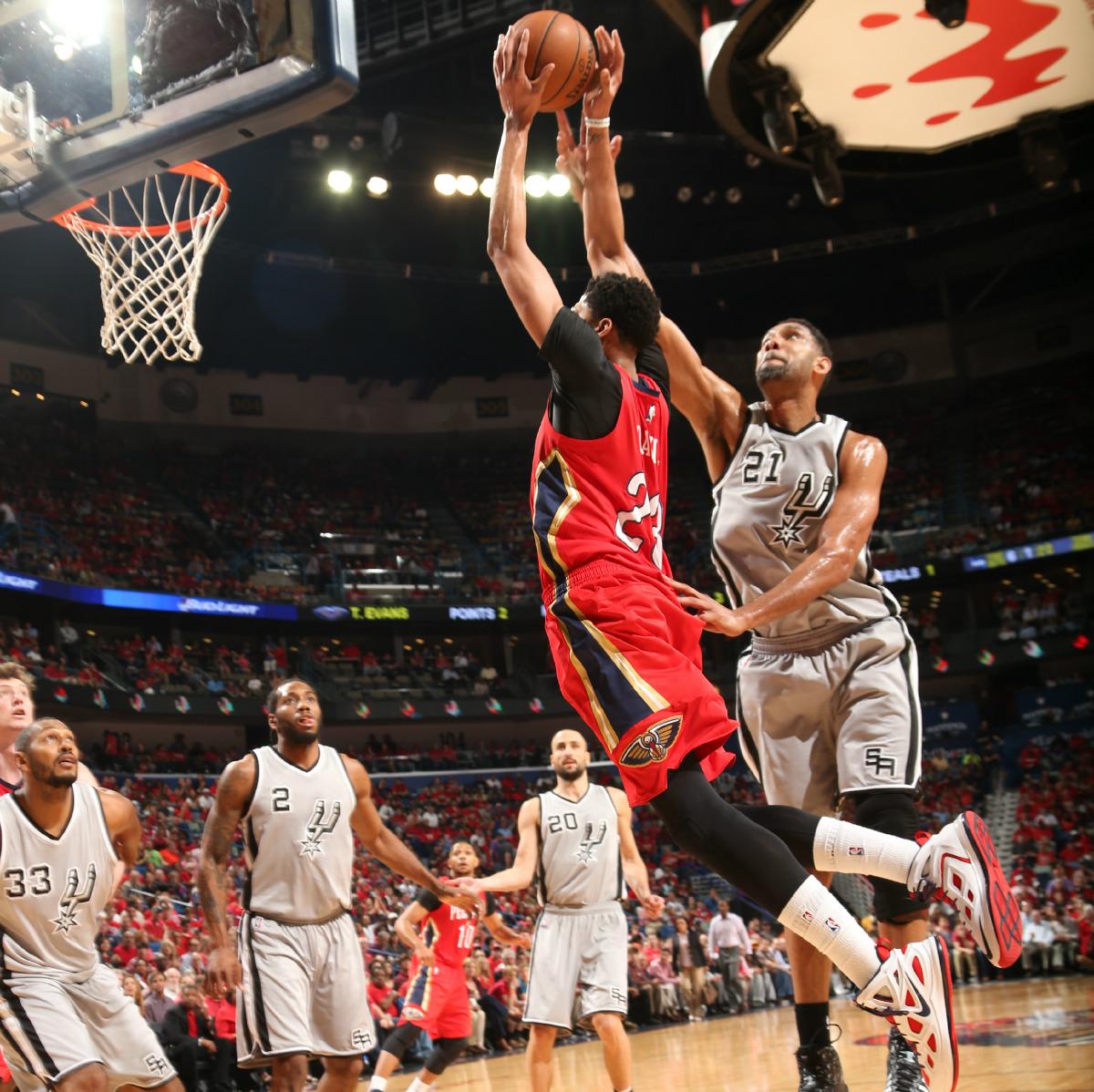 Needing a win tonight to clinch the last spot in the playoffs, Anthony Davis is doing his part for the Pelicans against the Spurs in the season finale. It's halftime in New Orleans and Davis has 16 points and five rebounds as the Pels lead San Antonio, 63-47. The Spurs are playing for the 2nd seed in the West, so it's not like they're rolling over for anyone. It's a competitive contest with a lot on the line. Think Davis wants to play more basketball this season?