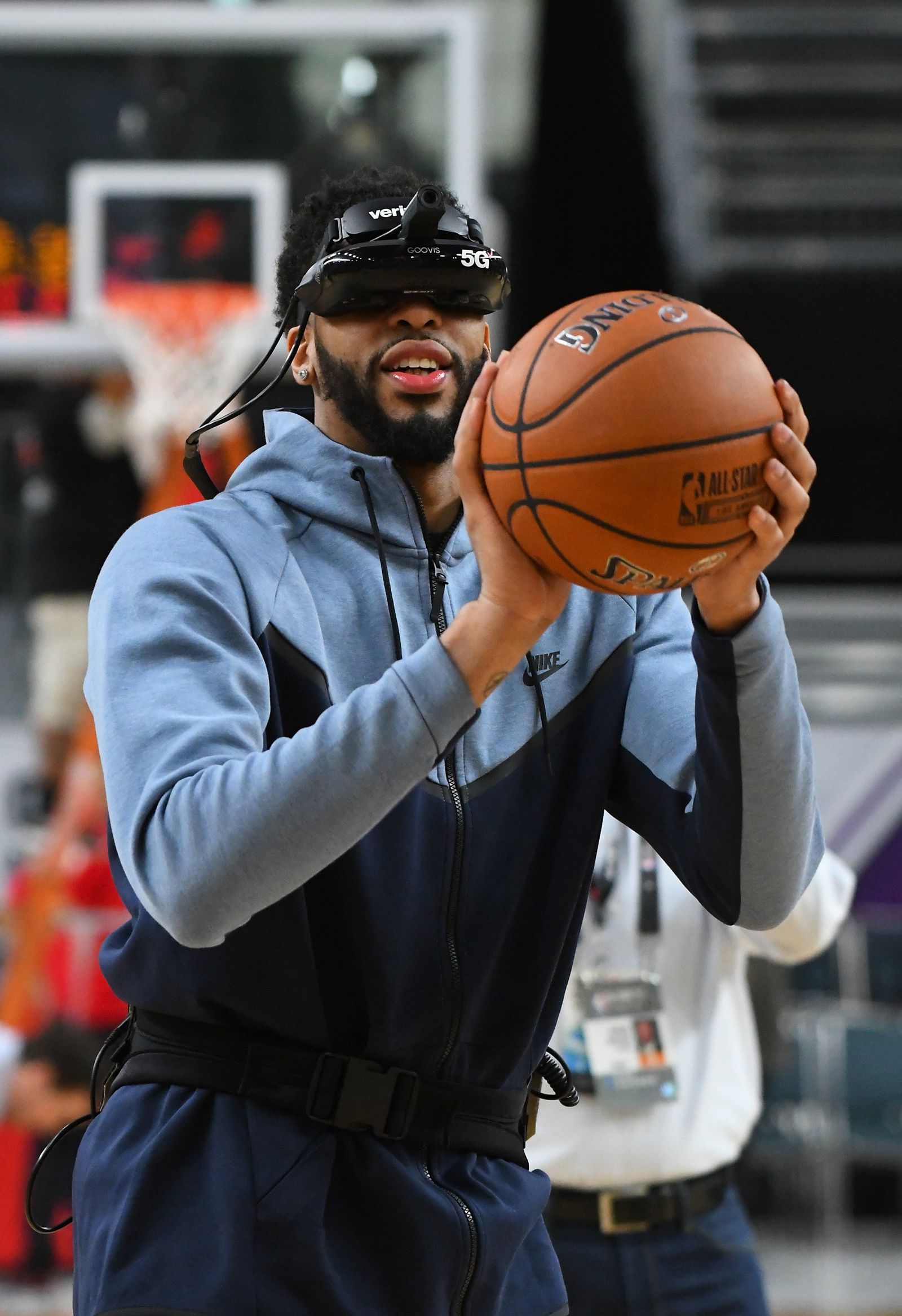 Photo by Jayne Kamin-Oncea/Getty Images[/caption] If you've ever wanted to know what it's like to have superstar basketball abilities and a multi-million dollar unibrow, your time may be coming. Former Wildcat and NBA All-Star Anthony Davis recently demoed a new virtual reality technology presented by Verizon, featuring an outer camera to virtually build the world around you. For Davis, the basketball court he was standing on was created in his headset, and he was able to shoot free throws and jumpers completely in virtual reality. So why would anyone want to virtually be in the place they are physically in already? The new technology allows for a fan experience unlike anything we've ever seen. Fans will eventually be able to "join the court" with NBA stars and participate in the same drills and games as their idols. Just by putting on a headset, you will be able to talk to and interact with individuals you likely would have never had the opportunity to. With countless former Kentucky stars blossoming into young NBA studs, the Big Blue Nation has a lot to look forward to. And according to SB Nation's Paul Flanner, it's right around the corner.

The headset is made by Verizon and offers a glimpse into the world of 5G technology, which is still in the development stage. 5G is the future and it will be here sooner rather than later. The company says it will begin offering residential service in Sacramento by the latter half of the year.

Verizon says that 5G will be 100 times faster than 4G, which addresses one of the key issues in virtual reality technology: latency. That’s a measure of how quickly information is processed and presented back to you.

In Davis' eyes, this technology is a game changer for the sports world. “I saw everything that I would see with my real eyes,” Davis said. “Lot of crazy, crazy things going on in this world. Everything was showing up in real time, so that was pretty dope.” Former Gator and current Washington Wizard Bradley Beal also tried out the technology, saying it reminded him of something you'd see in RoboCop. “When you first put them on, it’s a black screen. Then all of a sudden the camera turns on and it’s not your eyesight; it’s the cameraman. It’s kind of weird to experience, but the signal is so fast it’s like your eyes are actually working. I kind of felt like RoboCop," said Beal. Before long, you'll be able to meet your former Wildcat idols in a way fans were only able to dream of until Verizon made it a reality. Pretty nuts. In other news, Davis spent yesterday afternoon at the Food Bank in Los Angeles giving back to the community. Here's a quick clip he shared from his experience:

Out here with @nbacares at LA Food Bank! pic.twitter.com/2LPtoztHVf

On Valentine's Day, the former Wildcat big man unleashed his inner Dr. Phil and gave relationship advice as the "Master of Rejection." Take a look:

Who needs relationship advice this #ValentinesDay? The Master of Rejection is here to assist you in the game of love! ????? @redbull pic.twitter.com/yB3hBfyDzy