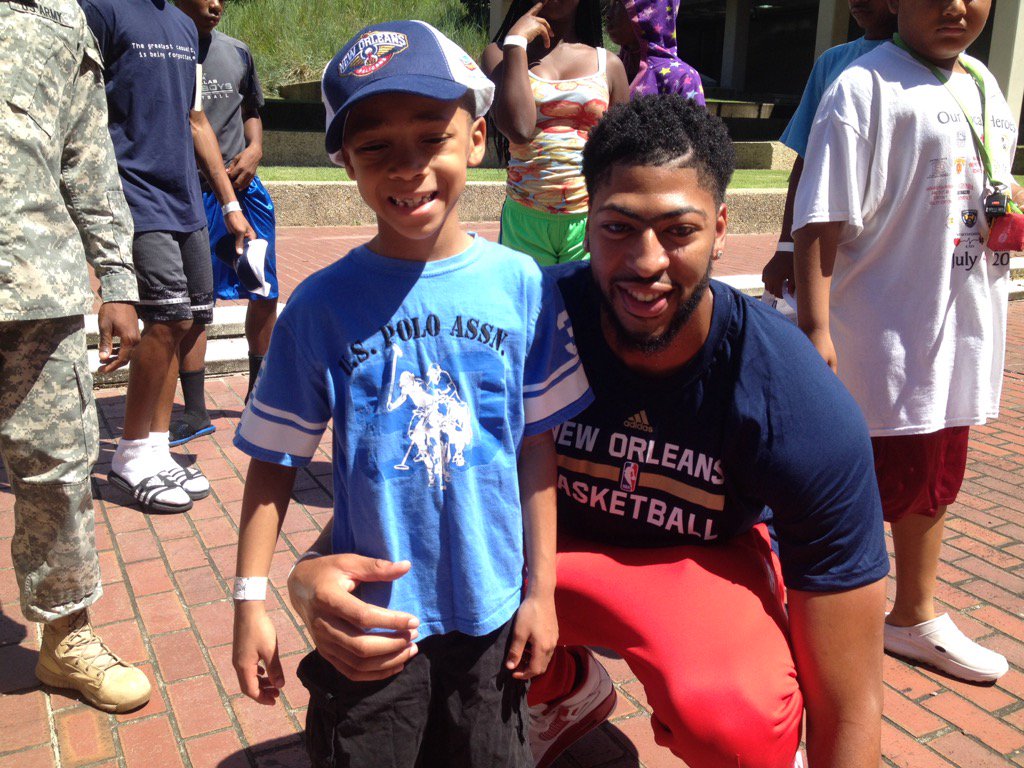 @JayBonafede[/caption] The Baton Rouge area is still recovering from this month's devastating floods, but today, some of the victims got a little pick me up courtesy of Anthony Davis and the New Orleans Pelicans. The Pelicans spent the day at the Baton Rouge American Red Cross River Center, where they served food and visited with victims displaced by the floods. As you might expect, Davis was a popular guy: [caption id="" align="alignnone" width="1024"] 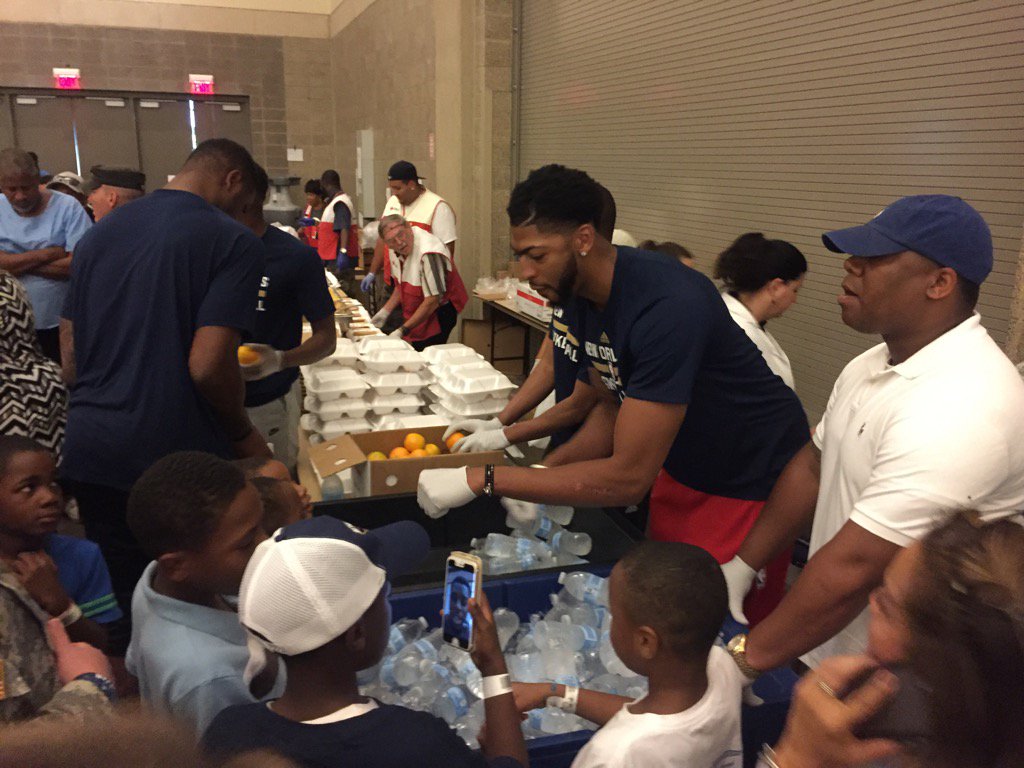 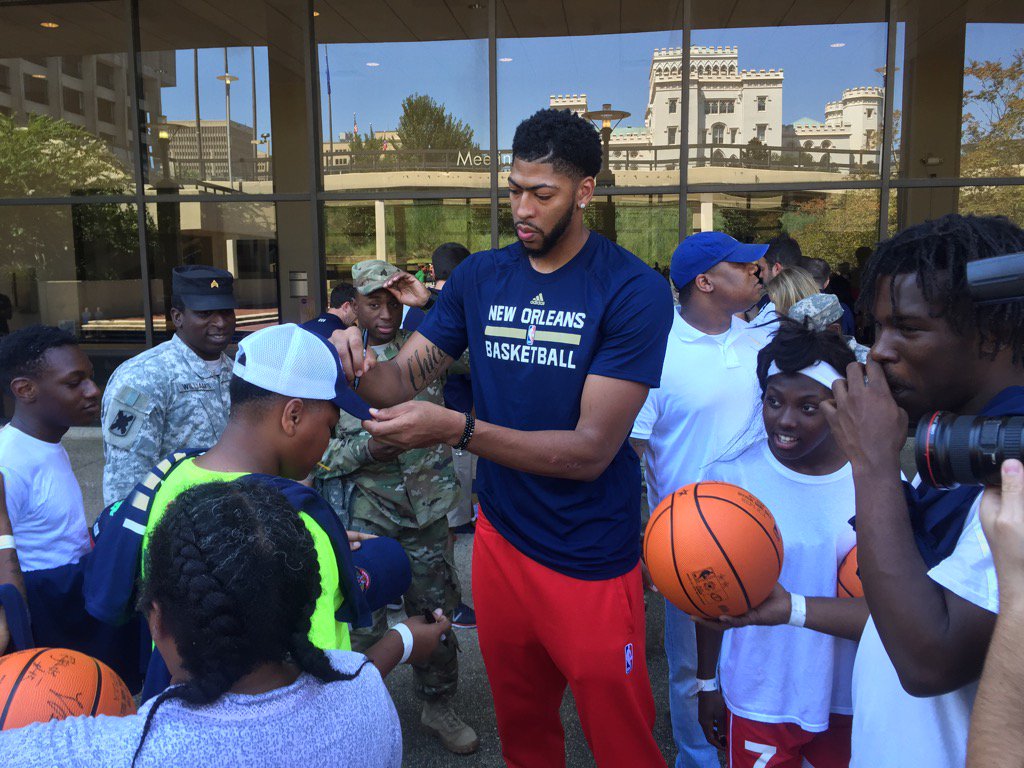 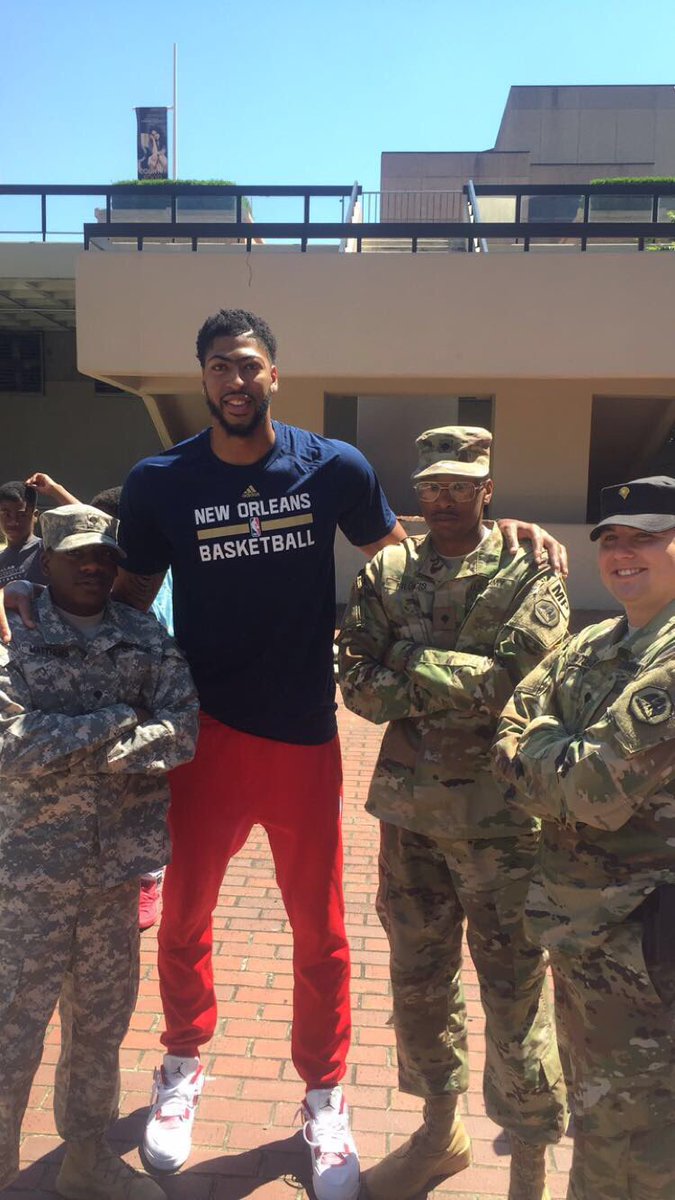 @tf_ilooklikee[/caption] He even pulled up Jrue Holiday on FaceTime to talk to his young fans: https://www.instagram.com/p/BJyE07hhslF/?taken-by=pelicansnba I admire this girl's spunk when taking Davis on: https://www.instagram.com/p/BJx72BHB-Pc/?taken-by=pelicansnba Good on ya, Anthony. Speaking of the floods, UK’s Student-Athlete Advisory Council (SAAC) has organized a drive for supplies to assist the victims. Donations will be accepted in the small paved lot by the PPD coal pile near John Cropp Stadium and the Wendell & Vickie Bell Soccer Complex, located at 570 Wildcat Court. To access the drop-off point, enter the soccer/softball drive off College Way and take the first available left. The drop-off point — staffed by SAAC members — will be open at the following times: For more information and suggested donations, click here.