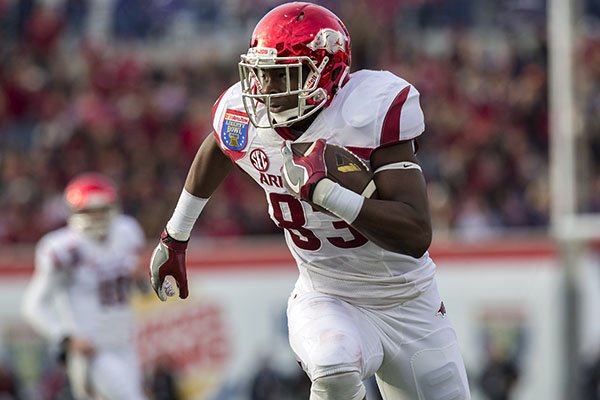 Photo by Jason Investor[/caption] I thought it was impossible to shoplift during a shopping spree.  Arkansas tight end Jeremy Sprinkle made the impossible, possible. Before playing in his final game as a Razorback, Sprinkle allegedly violated the rules of the Belk Bowl shopping spree.  According to SEC Country, each player was given 90 minutes to spend $450 in the SEC's favorite department store.  They also received a Fossil watch.  Sprinkle tried to take home more than $450 in merchandise. Bret Bielema suspended Sprinkle two hours before kickoff, ending his career as a Razorback.  Sprinkle had 4 touchdowns in his final season and is considered the No. 7 tight end in the NFL Draft. Maybe if the NFL doesn't work out, Sprinkle can improve Belk's advertisements by replacing Jim McElwain. [SEC Country}