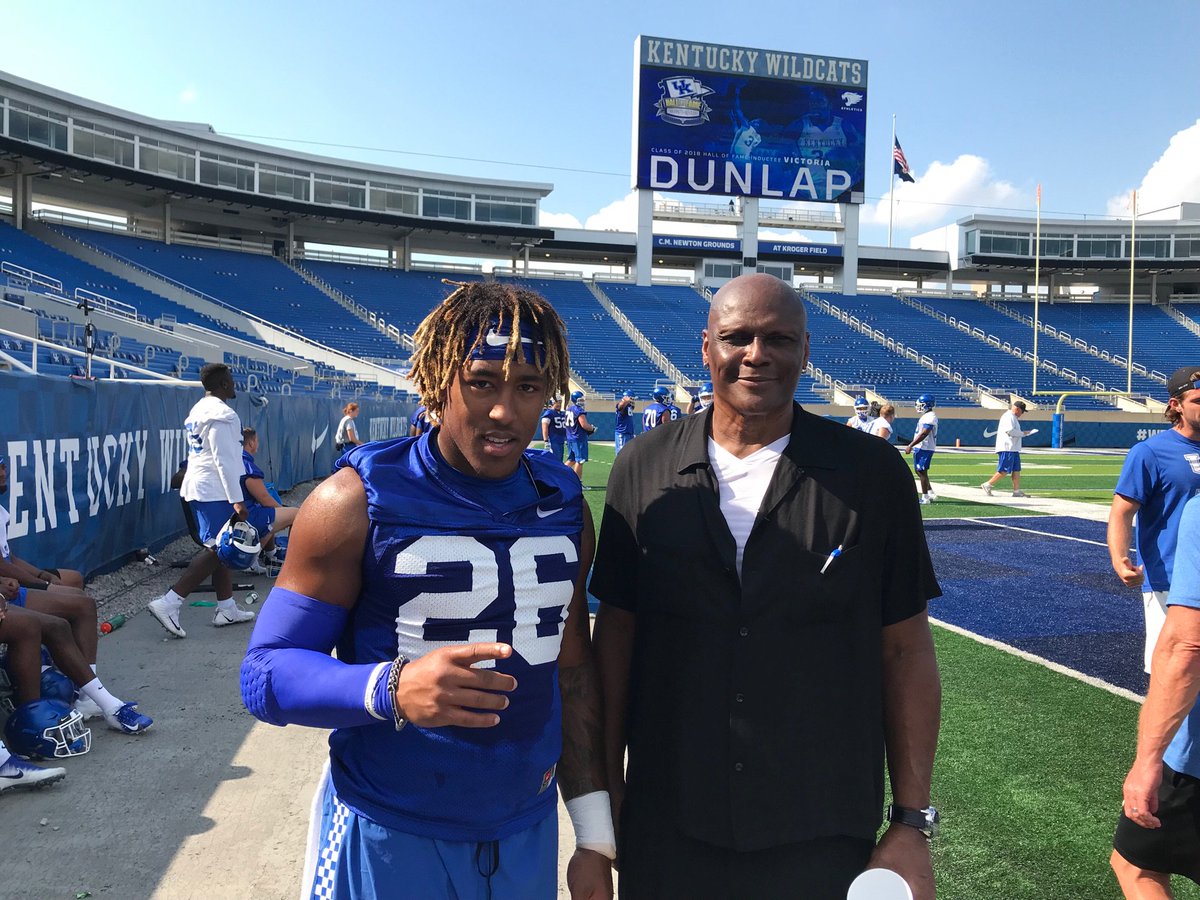 (Photo: Twitter/@UKFootball)[/caption] The great Sonny Collins will be the Wildcats' honorary captain tomorrow when Kentucky hosts Mississippi State in a critical game in Kroger Field. But first, Collins met Benny Snell after Friday's practice and it made for a great photo of past and present stars. Collins currently holds the all-time rushing record at Kentucky with 3,835 yards, but Snell is on his heels.  Snell has 2,799 yards to date with nine more games this season. Assuming UK will reach a bowl game, he'll need 104 yards per game in the remaining 10 games to pass Collins' longstanding record. Collins, a Madisonville guy, finished his UK career in 1975 as the SEC's all-time rushing leader. He was a three-time First-Team All-SEC selection and was the SEC Player of the Year in 1973. It's cool to see the two together as Benny chases his title and is on the verge of matching Randall Cobb's touchdown record, maybe as soon as tomorrow. Go Benny.