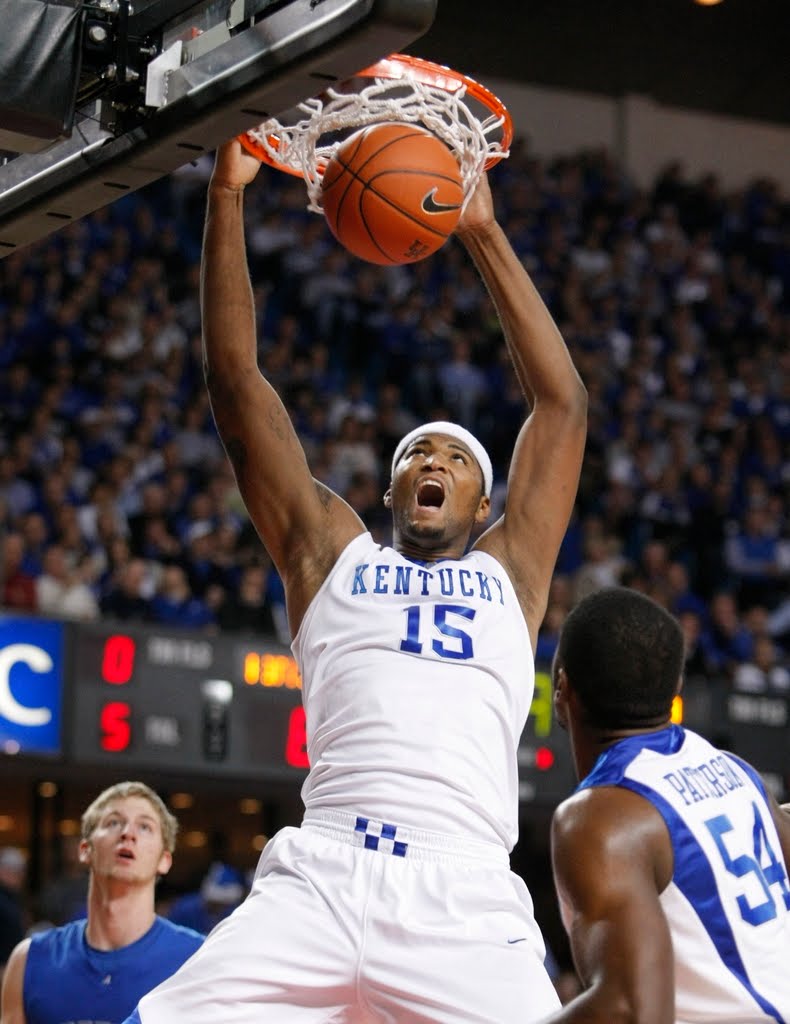 Sacramento – we can get big, too.

Back before the draft, it was trendy to doubt Demarcus Cousins attitude.  Often he was said to be potentially the best talent in the draft, but because of character issues,  Derrick Favors would get the nod as the best choice for a big man.  Of course, we knew the character issues to be nothing more than media hooplah, and it looks like the lucky Sacramento Kings are starting to feel the same way.

Just as he took Lexington, Boogie is taking Sacramento by storm.  The amount of love for the former wildcat is nothing short of amazing, and the videos of him being his normal self (and teaching us all how to dougie,) have struck a chord with both fanbases.  The Kings are taking their man crush one step further and DeMarcus Cousins will join Tyreke Evans in a giant banner promoting their Rookie of the Year and Rookie of the Month.  The banner will be over 4,000 square feet, and will likely picture Cousins doing something like this.

For a rookie that has yet to see the court in an actual NBA game, life doesn’t sound too bad in Sacramento.