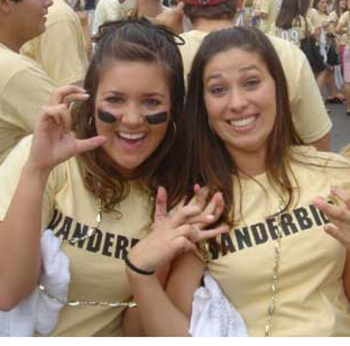 - The always well-dressed Chip Cosby says that the Cats hope the tears come before the game instead of afterward.  - It's time for the Vanderbilt game and know what that means:  optimism!  The UK football team expects to gain eligibility today with a win against the Commodores.  - Despite injuries and the curse of Red lobster, Brett Dawson writes that Derrick Locke doesn't regret the decision to return to Kentucky for his senior season.   - The Herald-Leader's Mark Story writes that the UK-Vanderbilt series isn't as dull as you might think.  It's close.  - The Tennessean says that the pressure is building at Vanderbilt for coach Robbie Caldwell, who does not know if he will return next season.