Bozich with Another anti-UK Absurd Piece
Aritcle written by: 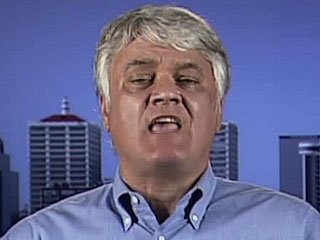 I have to make this quick, but it deserves to be said. In this utterly absurd article by Rick Bozich, he basically takes UK and its recruits to task for not playing in the Derby Classic this year. In case you haven't heard, the UK foursome of Anthony Davis, Marquis Teague, Mike Gilchrist and Kyle Wiltjer have decided to play in the McDonalds All American game and the Jordan Classic instead of the Derby Classic. All players are only allowed to play in two games, so the Derby Classic ends up on the short end of the stick. Bozich speaks with Dan Owens (who in full disclosure, I really like) and repeats the Derby organizer's complaints. I understand why Owens feels the way he does. It is his event and he has worked hard to make it great over the years. But for Bozich to then get involved...well what a journalist he is eh? He essentially repeats the complaint that the players aren't showing loyalty to the local event. But in reality, why should they? They aren't from here and their loyalty is to themselves. He then suggests that the reason they are going to the Jordan event is because of UK's association with Nike. Of course he leaves out that the Derby event is associated with Adidas and the reason UL players may all be coming is that they are an ADIDAS school! Bozich apparently doesnt think this is worth mentioning. But most importantly, Bozich leaves out the biggest reason a kid would choose the Jordan game over the Derby Classic. The Jordan game has MICHAEL JORDAN AND IS ON ESPN! The Derby Classic has no NBA player and is on Wazoo Sports. Why would any kid turn the former down for the latter? It just isn't going to happen. If the Adidas game had Lebron and was on Fox Sports...maybe you have something. But it is on a local station and has no marquee host. Kids are going to choose the bigger event. It is unfortunate for the Derby Classic because it is a great event. It has a long tradition and has produced great games and events over the years. But it is a different time. Unlike what the codger Rick suggests, UK fans don't need the event to see the players play. They have already seen them on the internet, ESPN and will watch their all-star games on ESPN as well. The Derby Classic is not the "only" chance like it was even ten years ago. It is one of many opportunities and UK fans would like to see it...but it isn't required. Of course none of this matters to Bozich. He had a chance to criticize UK...throw in a shot at a UK-Nike connection (while blatantly failing to mention the UL-Adidas connection) and get a column to raise controversy. It is perfect, stereotypical work for the Courier Journal (non-Brett Dawson division) and Rick Bozich. No context, simplistic and full of cheap shots. Your local newspaper at work once again.