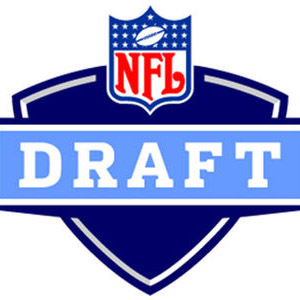 Aside from the palpable excitement for the BBVA Compass Bowl, there's nothing bigger on the UK football horizon than the pending decisions by a couple of Wildcats as to whether they will return next year.  I tracked down Wes Bunting, Director of College Scouting for the National Football Post, to ask him about two of the guys thinking about going pro and the one player who I find the most intriguing heading into the NFL Draft.  We'll touch base again with Wes after the season and get you some notes on all of the Cats who could be headed for a pro career. Here is what he had to say: Randall Cobb Projected:  2-3 round Scout's Take:  Bad news, Cats fans.  Bunting said scouts are very fond of Randall Cobb.  It's not surprising, I guess, given the phenomenal numbers he's put up in his three seasons in Lexington.  But, what I found most interesting in talking with Bunting was the apparent non-issue that Cobb's height appears to be with scouts.  Bunting said that what Cobb has working in his favor is that he makes up for his height by constantly creating space in his route running and for being "a beast" after the catch.  Bunting also noted that he's a lot bigger and stronger than most wide recievers and likened his physique and game to another converted quarterback, Anquan Boldin.  Not bad. Danny Trevathan Projected:  Unknown Scout's Take:  On the subject of Trevathan, Bunting was honest in saying he wasn't too familiar with him at this point.  According to Bunting, Trevathan is not a name he's heard scouts talking about to this point and he didn't feel comfortable speculating on the subject.  However, to be fair, Bunting said that he both he and the NFL people he's talked with haven't spent a lot of time looking at the "maybes" underclassmen.  That will likely change and we'll get you an update when it does.  But, as an outside observer, you'd have to think the lack of discussion at this point works into the favor of UK fans, who would love to have #22 back in the fold next year. Mike Hartline Projected:  Undrafted Scout's Take:  Not good news for Hartline, who some had said might have played his way into the NFL with a pretty productive senior season.  Bunting said that there's a chance that Hartline could catch on at a camp after the draft, but he's hurt his chances with his recent arrest.  Even after his breakout season, Bunting said he still had Hartline going undrafted, but he was a guy who was essentially a lock to get invited to a camp.  He said that scouts like that he's big and that he seems to have some potential, but that he has some fundamental issues like his footwork and the way he transfers his weight when throwing the ball.  But, according to Bunting, the biggest battle he'll now have to overcome is an arrest that only serves to exacerbate the biggest knock on him - that he isn't a great decision-maker and he doesn't have the leadership intangibles that the NFL wants from their quarterbacks.  Bunting said he wouldn't be shocked Hartline still got invited to a camp, but his arrest certainly adds some uncertainty to it. You can follow Wes on Twitter here.