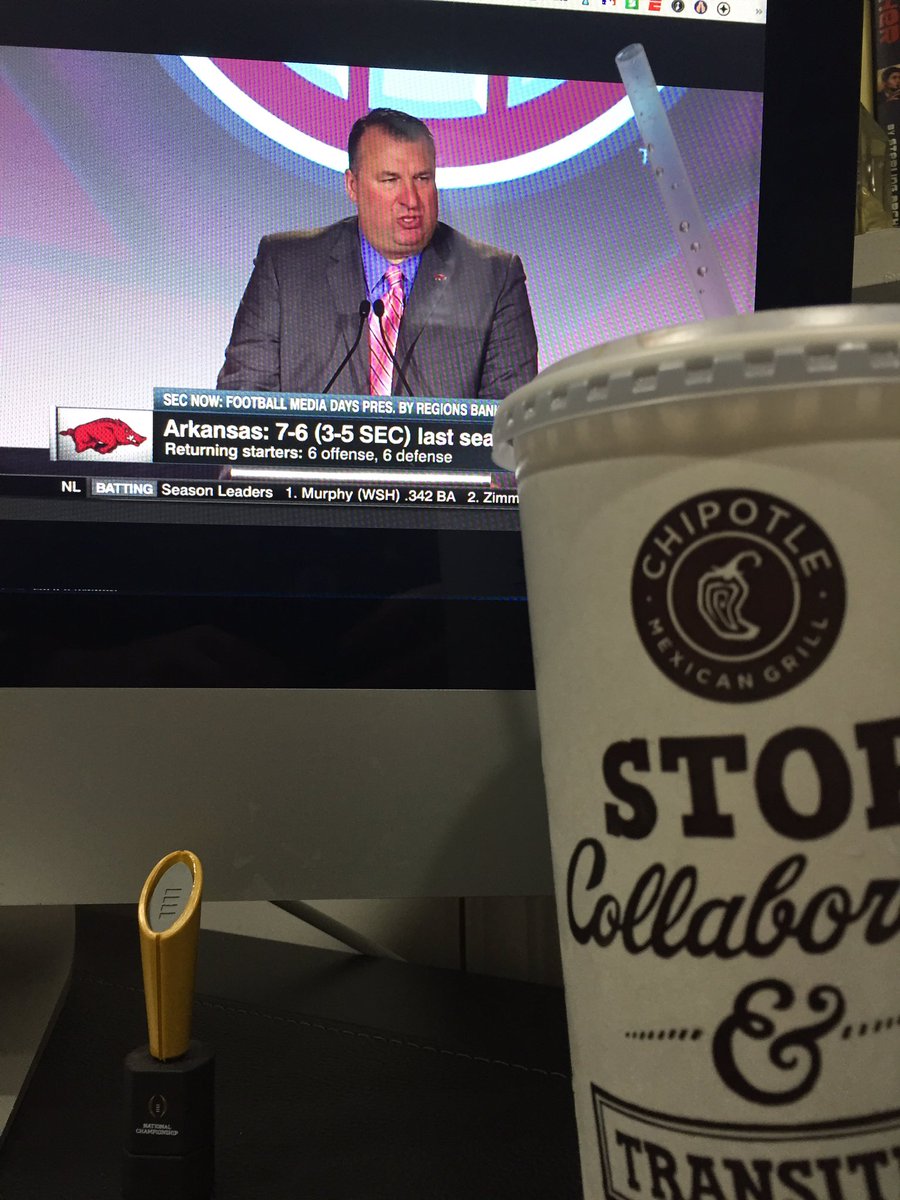 @TomFornelli[/caption] The first head coach to stand at the podium in the Grand Ballroom at Hoover's Wynfrey Hotel received an unusual introduction from SEC Commissioner Greg Sankey.  Just days removed from the birth of his first child, Bret Bielema had an interesting encounter with Sankey. "All of a sudden my phone said he was FaceTiming me.  That's never happened. I never FaceTimed with a head football coach in the SEC," Sankey said.  "The decision should you answer or not; I decided to answer the phone. "He said, 'Why are you calling me?' I said, 'Why are you calling me?' I thought he was going to share this moment with his wife and his daughter with the conference commissioner. He said, 'I was just leaving Chipotle. I didn't mean to call you. It was a mistake.' You could describe that mistake as a butt dial.  While sharing his side of the story, Bielema sought after an endorsement from "Chi-poll-tay." "My wife wanted a double veggie bowl from Chipotle -- trying to get an endorsement right there."  That brought his story to a brief fault after the media audience erupted in laughter. Every press conference features some sort of awkward media laughter, but Bielema is genuinely funny.  In a previous appearance at Media Days he described beating Texas as borderline erotic.  When one reporter brought up that quote, he refused an attempt to one-up it. "I know you guys are all looking for quotes.  I don't think I can go much further than that one," he said.  "That was before I had a child, so I'll just leave it there."