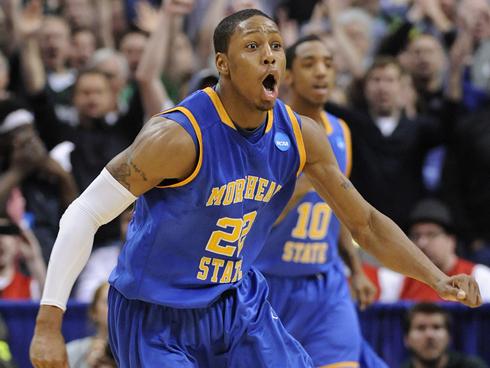 Our good friend Larry Vaught, the man with the latest in Verizon Droid technologies, reported late last night that Kentucky will play Morehead State on Wednesday, November 21, also known as the day before Thanksgiving. Vaught tweeted, "Write it down." UK will get a good look at the Eagles in the season opener when Morehead opens up for Kentucky and Maryland against Long Island in the brand new Barclays Center in Brooklyn, New York. Kentucky and Morehead State last met in the 2009-2010 season opener at Rupp Arena. UK won 75-59 behind 24 points from Eric Bledsoe. Cats.