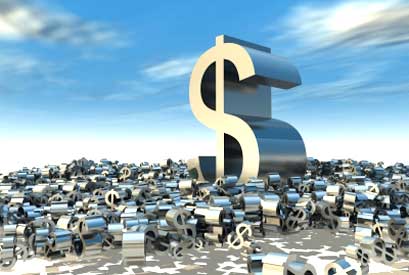 Thanks to KSR reader Brian Clark for the topic idea. 2 days ago, if you asked me how I thought the John Calipari era would end at Kentucky, I would have responded very confidently that it would have been him taking an NBA job.  Today, I say it will likely be due to his retirement.  Doesn't mean there are not jobs that Cal wouldn't take in the NBA, or that NCAA "issues" won't happen, but I think the odds are now that Cal will stay here.  And the reason is simple: MONEY.  Simply put, Calipari is now making more money coaching less games than an average NBA coach does.  Admittedly, Cal is coaching nearly year round when you consider recruiting, but it isn't as if NBA coaches just don't do anything in the offseason.  They are also out scouting draft prospects, among other things.  So, just how different is the money between Cal and NBA coaches.  Well, when comparing Cal's pay in 2 years (when his contract beefs up) to what NBA coaches made this year, you get this list: Phil Jackson (LA Lakers): 12.0 mil Greg Popovich (San Antonio): 6.0 mil Mike D'Antoni (New York): 6.0 mil John Calipari (Kentucky): 5.65 mil Doc Rivers (Boston): 5.5 mil Nate McMillan (Portland): 5.0 mil Rick Carlilse (Dallas): 4.5 mil George Karl (Denver): 4.5 mil Flip Saunders (Washington): 4.5 mil Avery Johnson (New Jersey): 4.0 mil Stan Van Gundy (Orlando): 4.0 mil Tom Thibodeau (Chicago): 2.0 mil Alvin Gentry (Phoenix): 2.0 mil Paul Westphal (Sacramento): 1.5 mil Scott Brooks (Oklahoma City): 1.5 mil Larry Drew (Atlanta): 1.3 mil 3 coaches who's salaries are easily found made more money this season than Cal will make in the very near future.  That's all.  And 2 of those coaches won a combined 14 NBA titles.  So it's not like Calipari could get that much money right out of Kentucky.  And then you look at D'Antoni and the fact the Knicks are considering that to be a huge mistake.  So one of the jobs that Calipari might actually look at probably would not give that kind of money again to a coach with little NBA success.  Look at Tom Thibodeau.  I think he is the perfect barometer.  He went to a high profile job in Chicago and was only paid 2 million dollars this year.  The salaries of NBA coaches, especially ones without any real success in the league, is going DOWN.  As much as coaches would never admit it, a HUGE part of their decision is money.  If the LA Clippers offered Caliapri 10 million dollars a year to coach them, you better damn well recognize he would consider it.  Obviously, that is silly and would never happen.  In fact, the main point is, I don't think ANY NBA team would pay Cal as much money as he is going to make at Kentucky to take their job.