BTI's Rants and Ramblings: Should 4 UK recruits have played in Derby Classic? 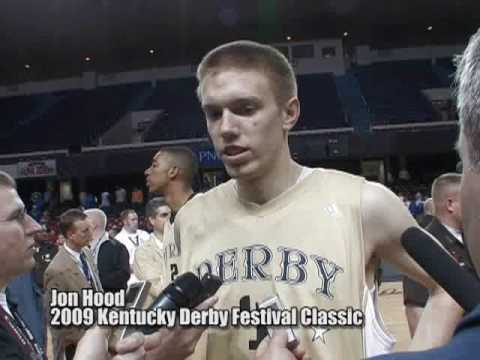 It was released a few days ago that all 4 of Kentucky's recruits would play in the McDonald's All-American game and also committed to play in the Jordan Brand Classic this spring.  Great news, right?  Absolutely.  But, for fans in the city of Louisville, and even in the state, nearly all of us will have no chance to watch these players play in person until they reach campus.  That is except if they play in the Kentucky Derby Basketball Classic.  The records are sketchy, but I found that there has been at least 1 UK recruit in every Derby game since 1999.  And some of the all-time greats from the 70's, 80's, and 90's also have played in the game.  It has traditionally been the 1 opportunity for the recruits to play in front of their fans in an all-star game setting. But, this season the 4 recruits decided to play in Jordan Brand Classic instead.  Now, this decision could be based solely on the fact that Kentucky is a Nike school and the Jordan Brand game is Nike-supported.  In that case, the guys may not have had a choice.  But, if that's the case, it just shows how dirty and ridiculous high school basketball has become.  Also, I will admit that playing at a tournament held by Michael Jordan does hold more weight than one hosted by the KY Derby Festival Committee. But, with the history of what the game has meant to the fans and future players, if the guys had a legit shot at playing in Louisville and chose the Jordan game instead, did they make the right decision?  Do you care if you see them before Lexington, or do you feel they owe it to the fans to pick that game over the Jordan Brand.  Just interested how the fans feel.      By the way, here are some of the notable players to have played in the game: 2010: Stacey Poole 2009: Eric Bledsoe, Daniel Orton, Jon Hood 2008: Deandre Liggins, Darius Miller 2007: AJ Stewart, Mike Williams 2006: Derrick Jasper, Jodie Meeks, Perry Stevenson 2005: Jared Carter 2004: Ramel Bradley, Adam Williams 2003: Sheray Thomas, Bobby Perry, Shagari Alleyne 2002: Bernard Cote, Brandon Stockton, Kelenna Azubuike 2001: Josh Carrier 2000: Cliff Hawkins, Erik Daniels  1999: Marquis Estill, Marvin Stone 1996: Jamaal Magloire 1995: Nazr Mohammed 1994: Scott Padgett 1993: Derek Anderson 1990: Jamal Mashburn 1986: Rex Chapman 1979: Sam Bowie 1975: Kyle Macy 1974: Jack Givens, Rick Robey