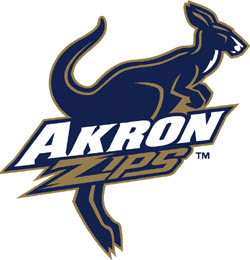 We are freaking playing a team with a kangaroo for a mascot this year. September 17th, 2005: Indiana 38, Kentucky 14 That was the last time that Kentucky played a non-conference game against a BCS opponent not named Louisville, excluding bowls.  2005 was also the last year that Kentucky failed to reach a bowl.  Coincidence, I think not.  Kentucky has rode a weak non-conference schedule to 4 consecutive bowls, and 3 bowls wins.  They have used that weak non-conference schedule to go 15-1 in non-conference games since 2006, while also going 12-20 in SEC games in that same time frame.  Since 2006, Kentucky has played: FOUR 1-AA Opponents FIVE Sun Belt Opponents THREE MAC Opponents FOUR times against Louisville In fact, Kentucky has not played a non-conference BCS opponent not named Louisville or Indiana since 1989, when the Cats beat North Carolina.  They have played Rutgers, UCONN, and South Florida since that time but before those teams were not in a BCS conference at the time of the matchup.  The last time that Kentucky played a BCS conference opponent not named Louisville or Indiana ON THE ROAD was 1990, when UK traveled to Chapel Hill to play UNC.  Point being, UK has absolutely scheduled cupcake after cupcake after cupcake for years and years.  But the argument can be made they also play tougher conference games every year than a Pac-10 or Big East team will play.  This is accurate.  Essentially, every division game Kentucky plays is tough every year except for Vanderbilt.  South Carolina had some lean years at the end of the Lou Holtz era, but besides that, every game is tough.  But, as a fan, it is kinda disappointing that Kentucky essentially is saying that we are not, and clearly have not been for 25 years, good enough to play ANYBODY in the non-conference for fear of not having a chance to make a bowl.  Kentucky is saying "we are gonna get beat a bunch in conference so we got to find wins somewhere."  Remember that when Kentucky took on the series against Louisville, UL was a crap program too. So, who does Kentucky already have scheduled for future seasons in the non-conference (including UL): 2011: Western Kentucky, Jacksonville State 2012: Western Kentucky 2013: Western Kentucky, Miami (OH) 2014: Ohio So, here is the real question, in 2 parts: 1. Is weak non-conference scheduling a sign that the Kentucky administration doesn't think it can win enough in conference to make bowls year in and year out? 2. As a fan, do you want to see a tougher non-conference schedule?