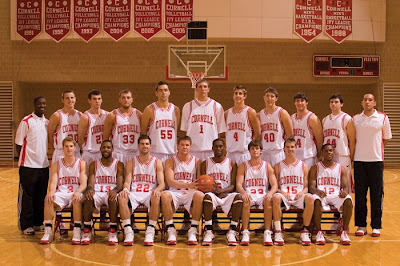 I'm sorry, but this team is NOT beating UK.  Period.  End of Story. 2008: Davidson 73, Wisconsin 57 2008: Kansas 59, Davidson 57 2008: UCLA 88, Western Kentucky 78 2007: Florida 65, Butler 57 2007: Oregon 76, UNLV 72 2007: Kansas 61, Southern Illinois 58 2006: Memphis 80, Bradley 64 2006: George Mason 86, UCONN 84 2006: Florida 73, George Mason 58 2005: Illinois 77, Wisconsin-Milwaukee 63 2004: Kansas 100, UAB 74 2004: Georgia Tech 72, Nevada 67 2003: Oklahoma 65, Butler 54 2002: UCONN 71, Southern Illinois 59 2002: Kent St. 78, Pittsburgh 73 2002: Indiana 81, Kent St. 69 2000: Tulsa 80, Miami 71 2000: North Carolina 59, Tulsa 55 What you see above is the scores from the Sweet 16 or later when a mid-major played a major school.  Mid-Major's are 4-14 in those games since 2000.  The games highlighted in red are those games where the mid-major played a deliberate style of basketball, hoping to slow down the game to offset their athletic liabilities.  As you can see, no "deliberate" mid-major school has won a Sweet 16 game since 2000.  NONE.  In the 4 instances where the mid-major team won, only in one of those games (George Mason over UCONN) did the mid-major team have a significant athletic disadvantage against the major school.  Point being, I don't care how cocky it sounds or how over-confident you consider me: KENTUCKY WILL NOT LOSE TO CORNELL.  Under no circumstances.  Cornell has no advantage at any position.  The only, and I mean only, thing they have is that they shoot the ball well.  How many teams have the Big Red faced with the athleticism at every position that UK has?  I would say one, Kansas.  Have you looked at the box score of that game?  Well, I did.  Here is what was amazing about Cornell that game: 43.6% shooting 34.6 % 3-point shooting 64% foul shooting Hmmmmm, so this amazing shooting team just happened to not shoot the ball well against Kansas?  Was that just a coincidence?  I think not.  Kansas defended them harder, with more athleticism, than any other team in the country.  If Kentucky got to play against Ivy League schools all season, I would bet UK could shoot 45% from three for the season too. Does anyone else find it odd that Cornell was able to make it to the Sweet 16 playing Temple and Wisconsin, teams that are NOTORIOUS for playing deliberate, nonathletic basketball?  Somebody who thinks Cornell will challenge in this game, tell me how they will guard Wall in transition.  Nobody has done it this season, so how will a bunch of average sized white guys do it?  Look, I hope UK doesn't have this attitude going into the game.  They should think Cornell is the best team in the country, and only an "A" game will allow the Cats to advance.  But, as a fan, and one that watches a TON of college basketball, not to mention every minute of every UK game, I can tell you this will not be a contest.  UK 86, Cornell 65.  It's in the bag.