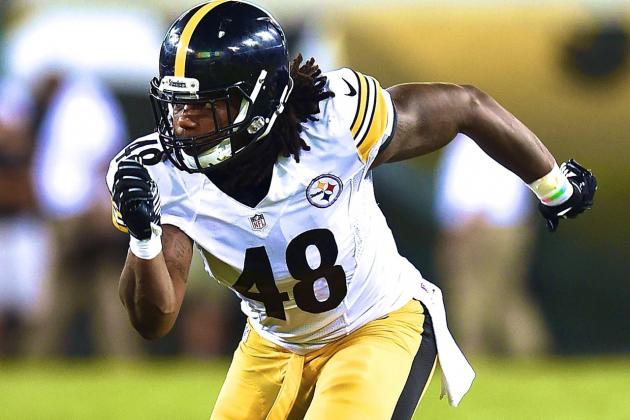 Getty Images[/caption] Bud Dupree's second NFL season was filled with obstacles, but the former Kentucky defensive end found a way to finish strong for the Pittsburgh Steelers. The preseason was filled with lofty expectations for the Steelers' 2015 first round pick, expectations that could not be met thanks to a preseason injury.  Described as a groin/abdominal injury (a.k.a. hernia), Bud was placed on injured reserve.  He initially did not expect to play at all last year. One of the hardest workers in the biz, Bud was able to return for the final seven games of the regular season.  It took three games for him to get his feet wet, but when he returned to the starting lineup, he returned with a bang.  Dupree had 6 tackles and 2.5 sacks in a snowy road game at Buffalo.  For the final four games of the regular season and three playoff games, he was a menace in the backfield, accumulating 35 tackles, 5 sacks and a forced fumble. Hear how Bud overcame adversity to get his groove back in this interview with Steelers.com.

Bud Dupree talks about battling back from injury, his love for football and his teammates and more. pic.twitter.com/cBi9zS9j75

Now Dupree understands his body and the Steelers defense.  If he can remain healthy, he can turn into one of the NFL's best on the edge in 2017.