Cal on Saturday's loss: "Thank God the hotel didn't have windows that open" 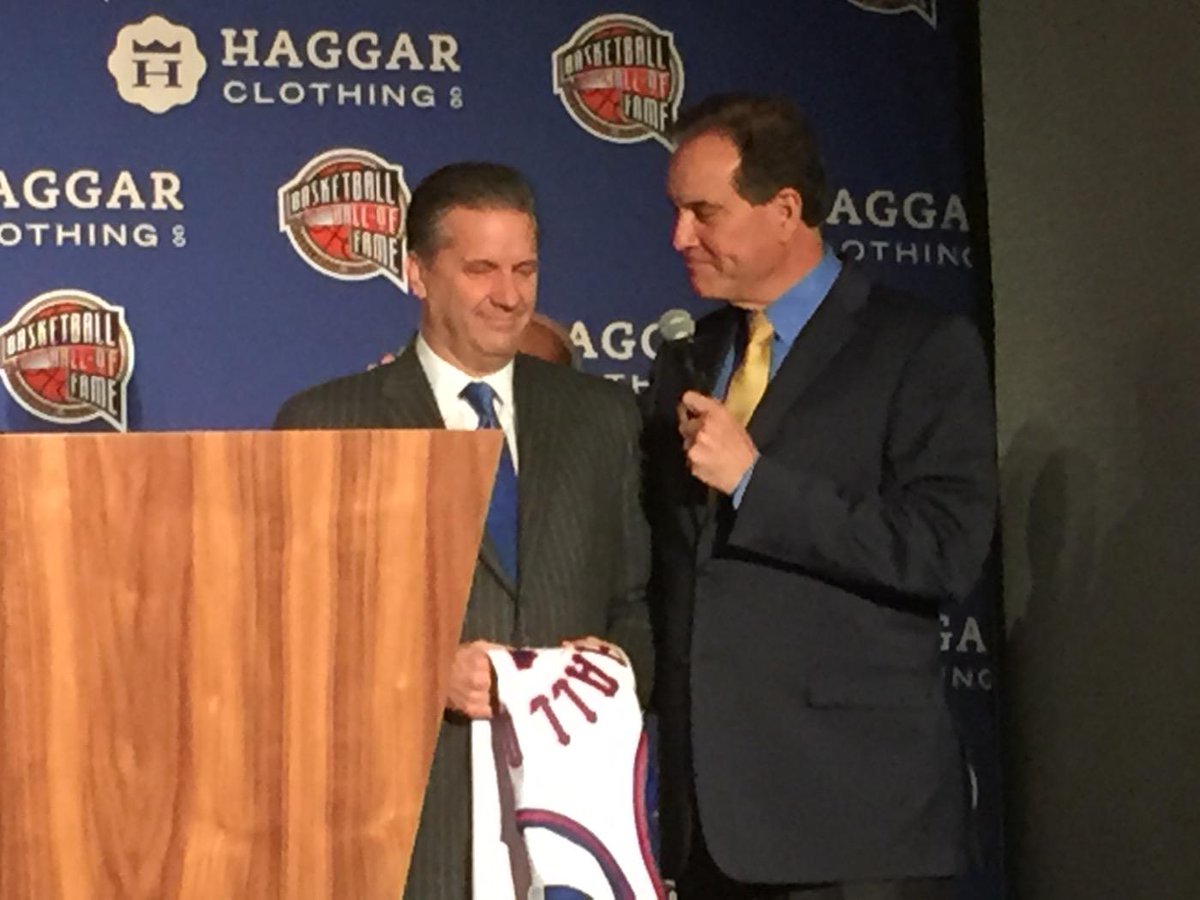 It's a bittersweet day for John Calipari, who was just elected into the Naismith Hall of Fame on the day his team should be playing in the National Championship game. Calipari was blunt about his disappointment about Saturday night's outcome in an interview with Jim Nantz. "Did you watch the game? Thank God the hotel didn't have windows that open." Same.

Despite the heartache, this is a huge day for Cal, who becomes only the sixth active coach to make the Hall of Fame. Cal was candid about just how much the honor means to him. "I had to pull the car over," Cal said of receiving the call he made the inductee list. "To be honest, I got emotional."