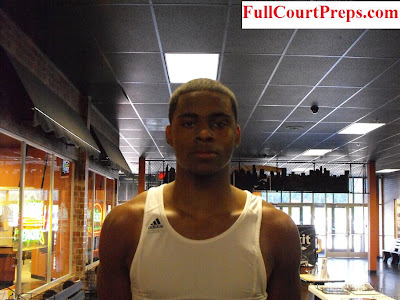 Isnt it fun to have a Coach who understands and embraces the local rivalries? For many years, we have had coaches at UK who try to insist that the Tennessee/Louisville games are just "any other game" and that they dont think about those anymore than a home game vs Monmouth. Of course all of us know that isnt the case (except for Billy Clyde who may not have known the difference between the two teams), but yet the coaches feel as if they must project that image. Not this Coach. Even though he makes the right public comments, it sure looks like John Calipari gets a kick out of screwing around with Rick Pitino. And yet, in classic Calipari style, he does it in a very intelligent and thought-out way. Calipari is not just making life difficult for Rick, he is also making decisions that are good for UK...but doing so in a way that cant help but infuriate the little brother down the road. The latest example? How about yesterday when Bowling Green's Chane Behanan was ON HIS WAY TO A VISIT at Louisville, and received a call with an offer to UK by Calipari. How great is that? Behanan, thought to be a Louisville lean is going to take a visit and is in transit to make that happen. Calipari and UK find that out, and use that very opportunity to call and give him an offer that he had wanted for some time, the ability to play at Kentucky. You know that has to simply drive Rick Pitino crazy and make him want to use a blow torch to the Craft Center in Lexington. But it is classic Calipari...he is going to beat you and when he has you down, he is going to finish the job. If I were a Louisville fan, I might be frustrated. But as Bomani Jones says, Louisville fans ought to recognize that even if they hate the man, they gotta love the game.