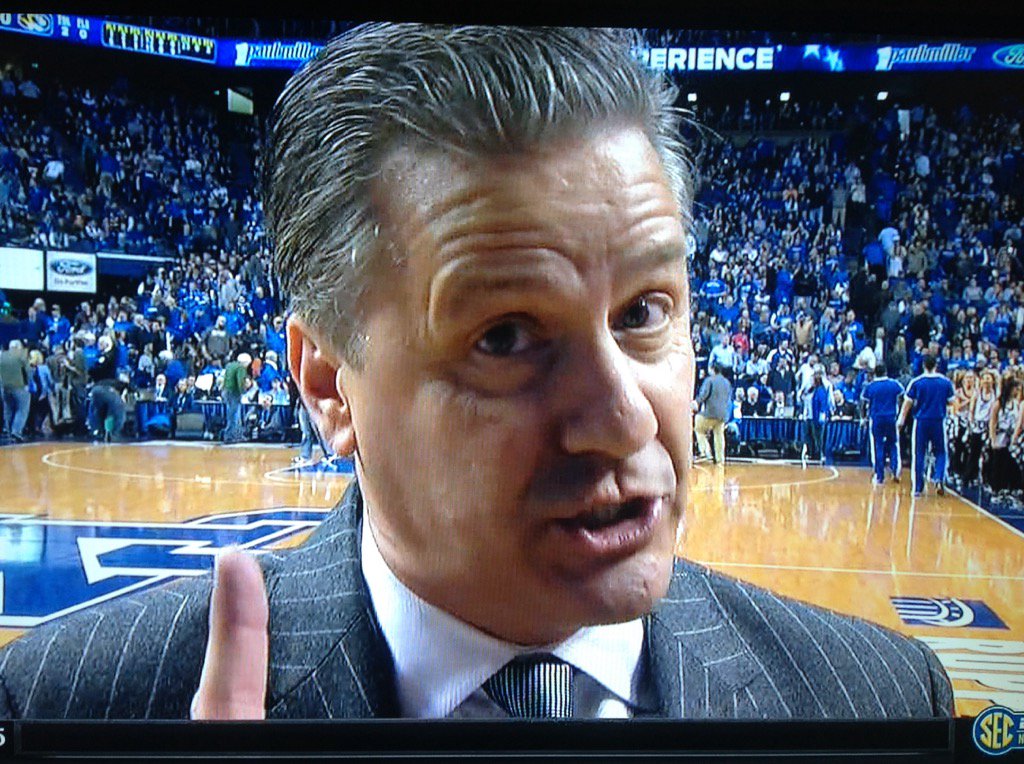 John Calipari tried his hardest to make Skal Labissiere a big man that could bang around in the post, but in the past few games, Cal's accepted that Skal is a jump-shooting big man. Skal has 8 points in the first half off 4-4 shooting, which Calipari admits is further proof that, by trying to make Skal Shaq, "I screwed this kid up." "When you watch it, you probably have to say, 'I screwed this kid up,'" Cal said of Skal's strong first half. "So let him now work into building his confidence. He's got to do that himself, but you've got to let him do what he does to build his confidence. We were trying to make him be Shaq. Well, let me tell you, there's one Shaq, and he ain't him." When Lauren Rutledge said she and her SEC Network colleagues don't think Calipari's screwed anyone up, Cal shook his head. "Well, I've done that for this kid. He's a great kid and he's getting better."