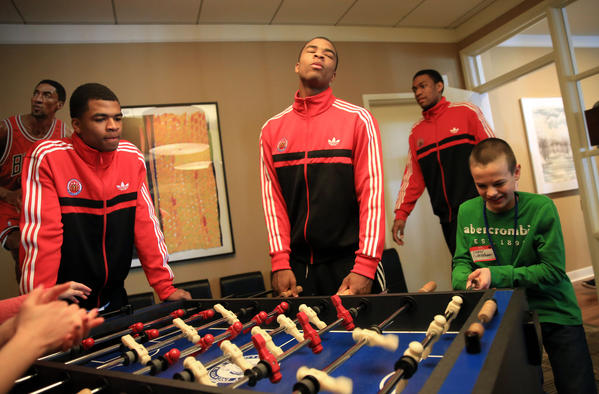 James Young and the Harrison twins are the three remaining members of Kentucky's historic recruiting class who have yet to arrive in Lexington for the summer. But worry not, Big Blue Nation, they'll get here eventually. On the SEC's summer teleconference this morning, John Calipari assured us that there is no reason to worry about the final three pieces of the class. He said he would've liked to have had them on campus for the eight-week summer session with the other guys, but Young and the Harrisons had longer school years and they are currently finishing things up academically. Cal hopes to have them on campus soon, possibly as early as this weekend. "They're fine," he said.