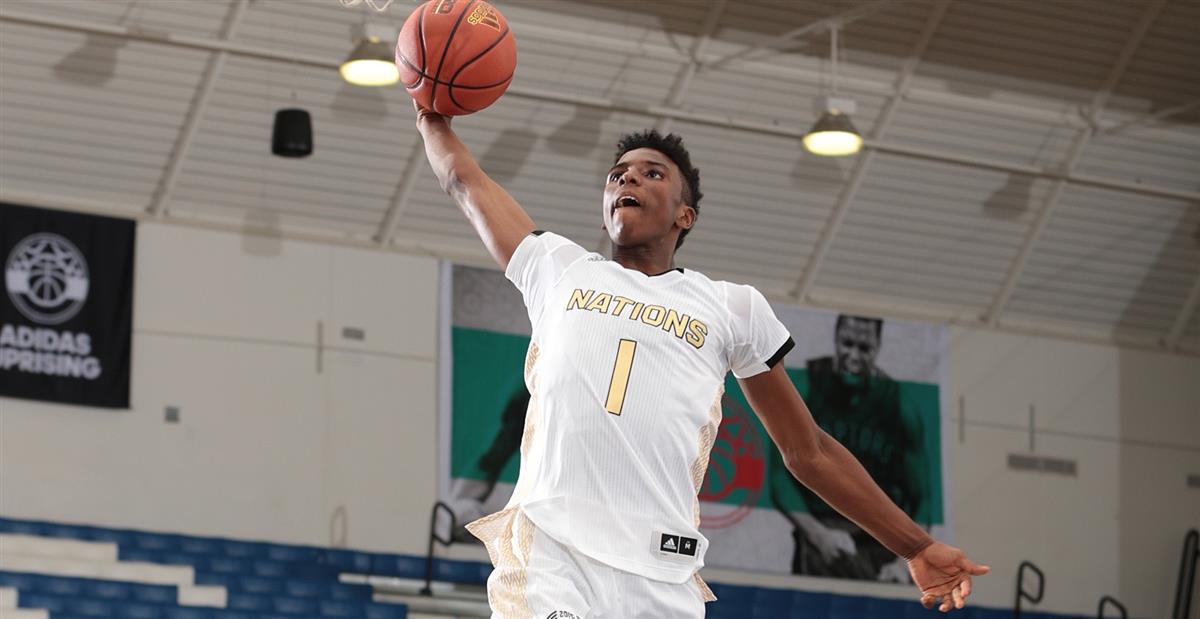 As expected, John Calipari extended a scholarship offer to 2017 five-star shooting guard Hamidou Diallo during his in-home visit this afternoon, bringing the number of offers out in the 2017 class to 14. Diallo -- no relation to Cheick Diallo -- tweeted the news a few minutes ago: https://twitter.com/Diallo1Hamidou/status/722865823858225152?ref_src=twsrc%5Etfw Diallo turned heads at the EYBL stop in Brooklyn this past weekend, with Evan Daniels going as far to say that he and Mohamed Bamba -- whom Calipari also visits today -- were the two most impressive players in the entire event. Yesterday, the 6'4" shooting guard got an offer from Duke. It's early, but Kentucky is currently considered the favorite in his 247 Sports Crystal Ball, with 78% of the predictions to UConn's 22%. To keep track, here's a list of the players in the 2017 class with Kentucky offers so far: And some footage of Diallo from over the weekend: