Calipari wonders if refs will "have the stomach" to blow the whistle
Aritcle written by: 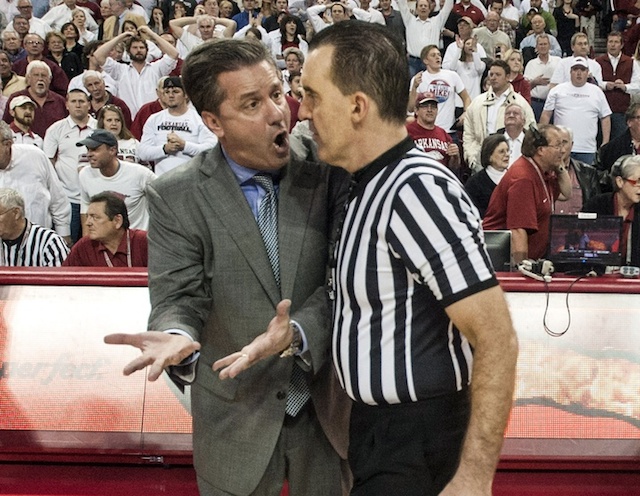 The NCAA rules committee hopes to reduce physicality in college basketball next season by encouraging officials to call more fouls, but at least one person, John Calipari, wonders if the officials will follow through in the moment. When speaking at the SEC Spring Meetings today, Calipari said,  “Here's what the question will be: How long will they keep calling the fouls?” “Two years ago, we started this and then no one had the stomach for it. The teams that advanced in the NCAA Tournament that year fouled on every possession. So then we all – me included – went back to football practice. ‘That's it. Put helmets on. Let's go. That stuff was a bunch of BS.' And by the end of the year, that's how we played and basically made it to the Final Four playing football.” Get 'em, Cal!!! (But really, Julius Randle got gang-tackled every time he touched the ball.) [CBSSports.com]