Calipari Works Out his 2017 Cats
Aritcle written by: 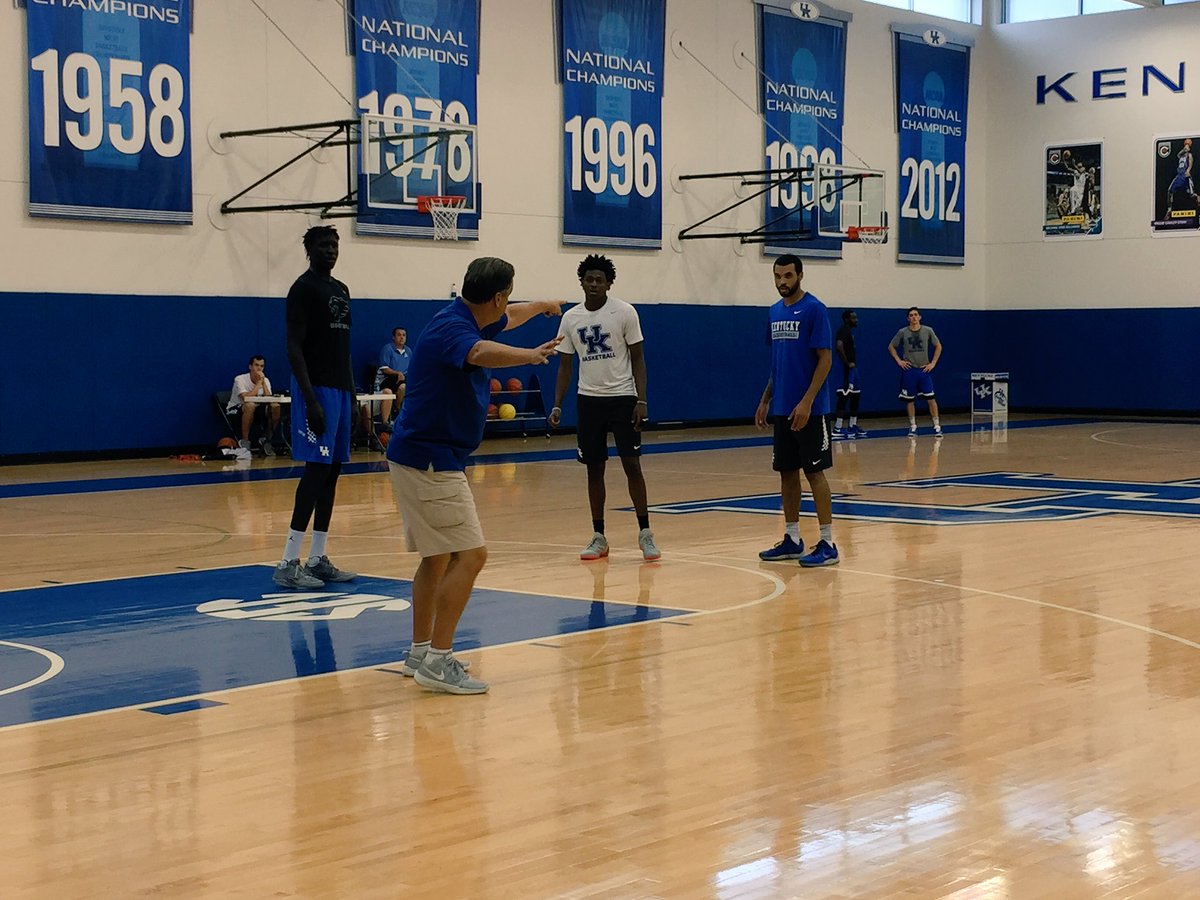 @UKCoachCalipari[/caption] After a night of fun with Drake in Toronto, tonight was all business for John Calipari and his 2016-17 Wildcats at the Joe Craft Center.  Before this session of summer school comes to a close, he got in a final workout with his team, spending time emphasizing the dribble drive. "Wow, we're fast," he Tweeted.  You can see some of De'Aaron Fox's speed below.

Next up is a month of pickup games with former players.  Coach Cal said Karl-Anthony Towns, Jamal Murray, Tyler Ulis and Devin Booker are just a few that will run the court with next year's team.