Cats In The NBA: Saturday Preview 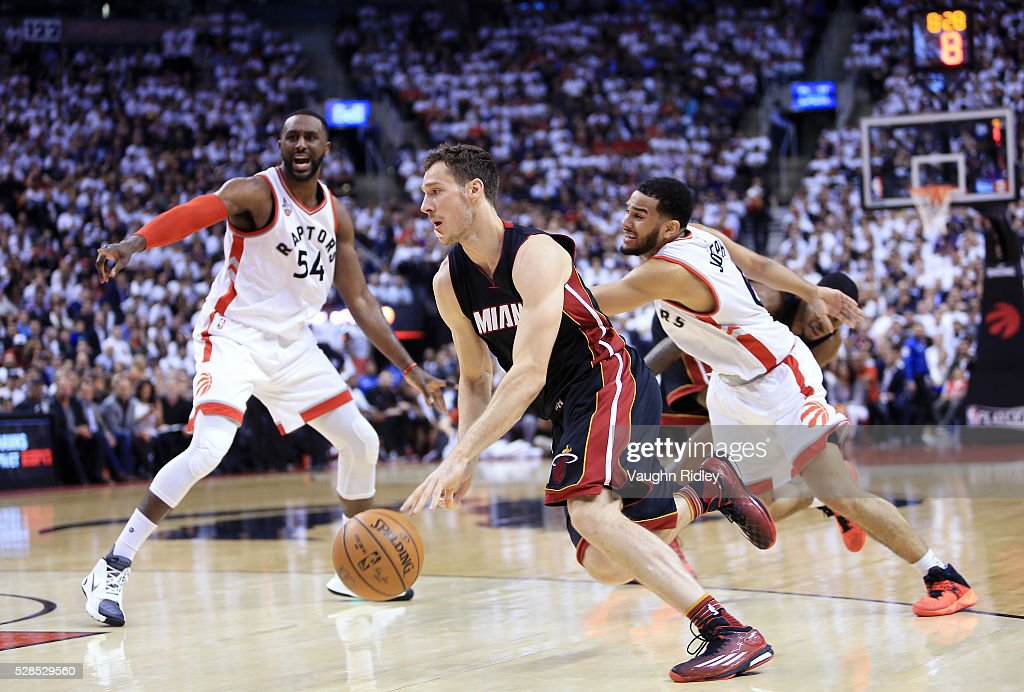 The biggest sports story in the world of Kentucky sports is without question the Derby but for those of you out there without any interest in the equine world there's the NBA playoffs. The former Cats were mostly wiped out in the first round of the playoffs but Patrick Patterson, Dwane Casey, Enes Kanter and Nazr Mohammed still have a shot at making the finals. Here's what's on tap for conference semi-final Saturday.

The first two games of the most northern and most southern NBA teams have been nothing short of amazing. Both games had to be decided in overtime and both games featured late rallies by the hometown Raptors. Now the series moves to Miami where the Heat will attempt to lock down the homecourt advantage and set up a showdown with Lebron James & the Cavs. Our guy Patrick Patterson has struggled to find his grove thus far against the Heat. He's scored just two points in each of the games in the series and shot 0-4 from beyond the arc. That's caused a drop in his minutes as the Raptors have been struggling to find some consistent offense. Maybe things will turn around for P-Patt later today. For Pat Riley and his Miami Heat squad, they have the two seed right where they want them and probably should be up 2-0 in the series. Not that this series matters two much. Cleveland is playing at another level against the Hawks and seem destined for another trip to the NBA Finals Who ya got?