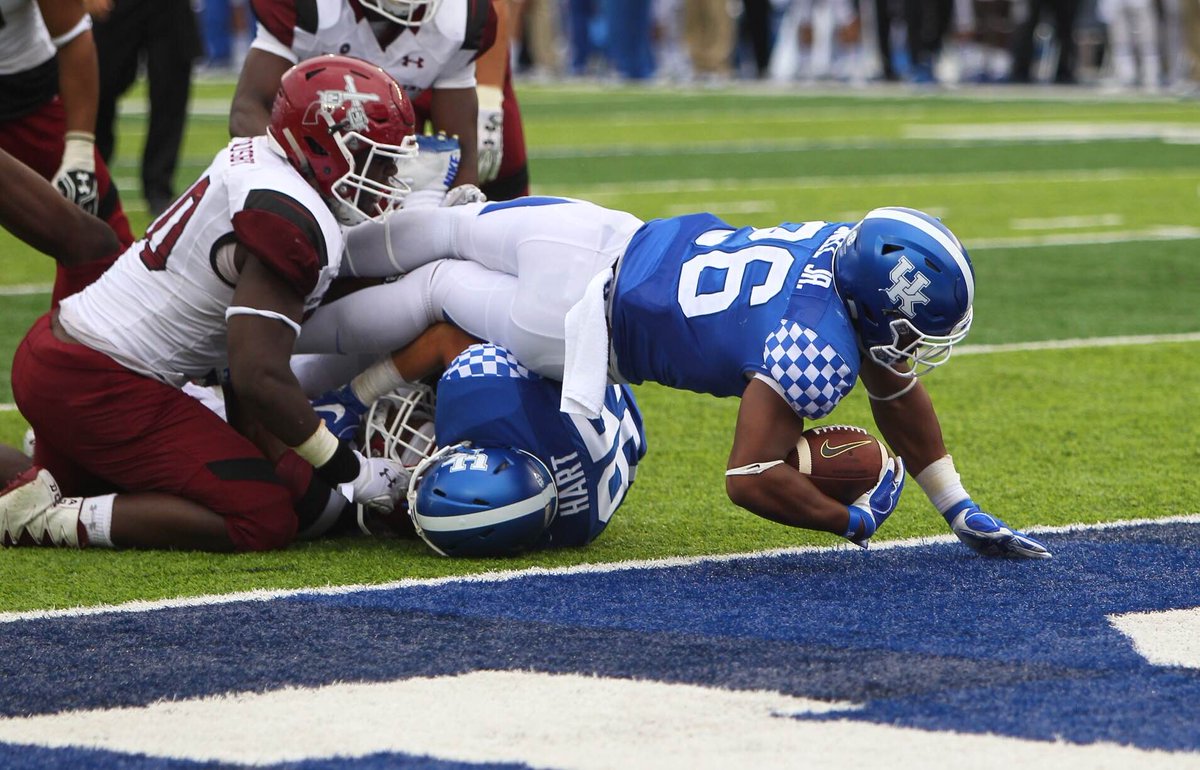 @UKFootball[/caption] Mark Stoops' "more active" role with the defense did not effectively slow down the Aggies, but big games from freshman running back Benny Snell and sophomore tight end C.J. Conrad put Kentucky in the win column for the first time this season. The defense allowed 21 points in the first quarter, with two of the touchdowns coming from trick plays.  Kentucky had 35-28 lead with 58 seconds left in the half, yet again gave up a quick score, this time in only 20 seconds.  Every game this season Kentucky has surrendered more than 500 yards of offense. Despite the defense's deficiencies and an offense without Drew Barker, Kentucky scored 60 points for the first time since 2010.  C.J. Conrad had three impressive touchdown catches, true freshman Benny Snell powered into the end zone four times with 136 yards rushing, and Charles Walker provided insurance with the first return touchdown since Randall Cobb did it in 2010.  UK's 692 yards of offense are the most ever recorded at home, the second-most all-time. It wasn't pretty, but a win's a win, right?