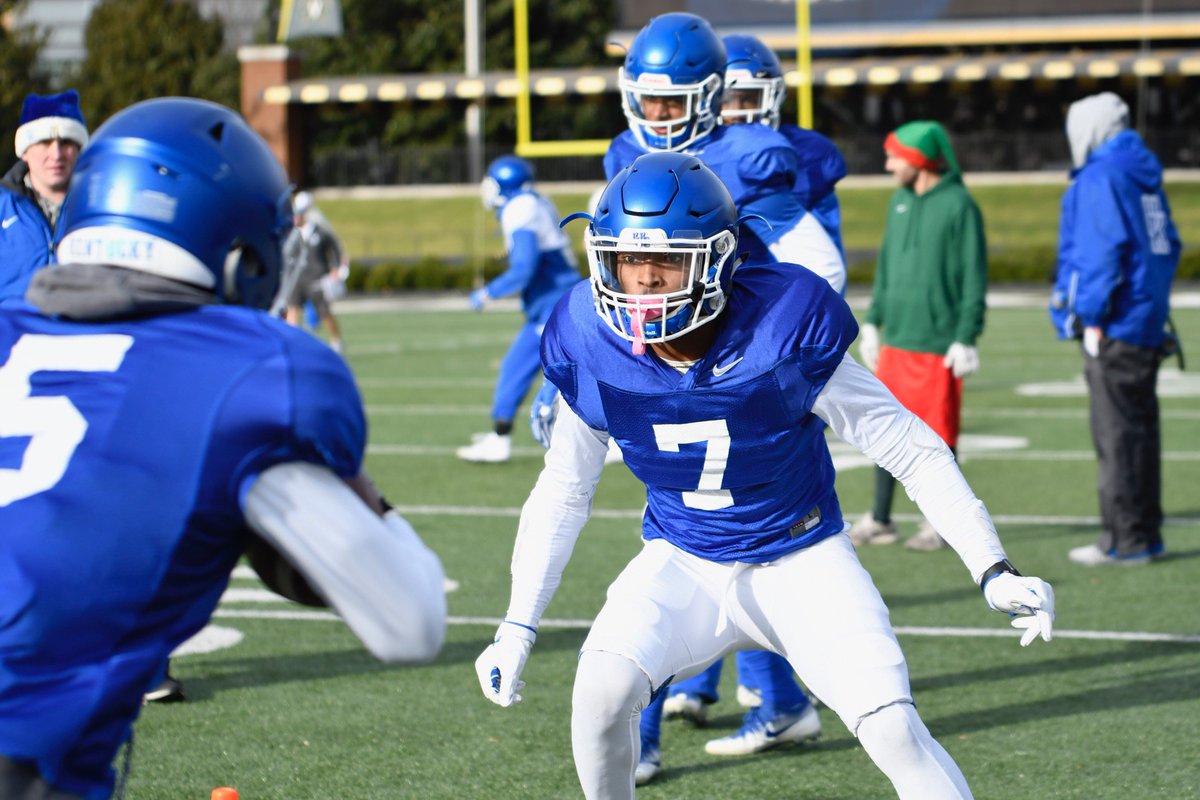 Last year was the first bowl game for Mark Stoops as a head coach and the team as players, so bowl prep was a bit of a guessing game. This year, Stoops tweaked some things, and according to offensive coordinator Eddie Gran, it’s already made a big difference.

“I really like the energy,” Gran said. “It’s just a lot different than it was last year. Can’t explain it except that it didn’t go well last year and we have some guys that really want to make a good showing and that’s exciting.”

Stoops said he tweaked the structure and schedule of the bowl prep, which he thinks has helped the players better separate work from fun.

“Obviously, some of the structure and schedule has changed some and hopefully that pays dividends as far as morale and their attitude and stuff like that. Not that it was bad last year, but this year we’ve done a nice job of not trying to be stagnant in any area.”

So far, Stoops likes the energy and focus he’s seen from the team in Nashville.

“It’s been a very good preparation so far,” Stoops said. “Good energy. I thought the guys have been very focused. They’ve been able to separate between having a good job and enjoying themselves here in Nashville and also coming to practice and being locked in the meeting rooms. Very few problems, very few issues since we’ve been here, so I’ve been proud of them. Hopefully we’ll continue to stay that way.”

Gran said those changes have helped the players be both looser and more focused.

“Coach changed it around a little, you tweak stuff when that happens. He talks to a lot of different people. It just seems like the rhythm is great. The way he did it, somedays we didn’t go three or four days in a row, we put one in the middle so we had the day off. It was really good.”

With bowl activities beginning tonight, let’s hope the team keeps that focus as we go through the week.