Children Believe the Earth is Flat, Thanks to Kyrie Irving
Aritcle written by: 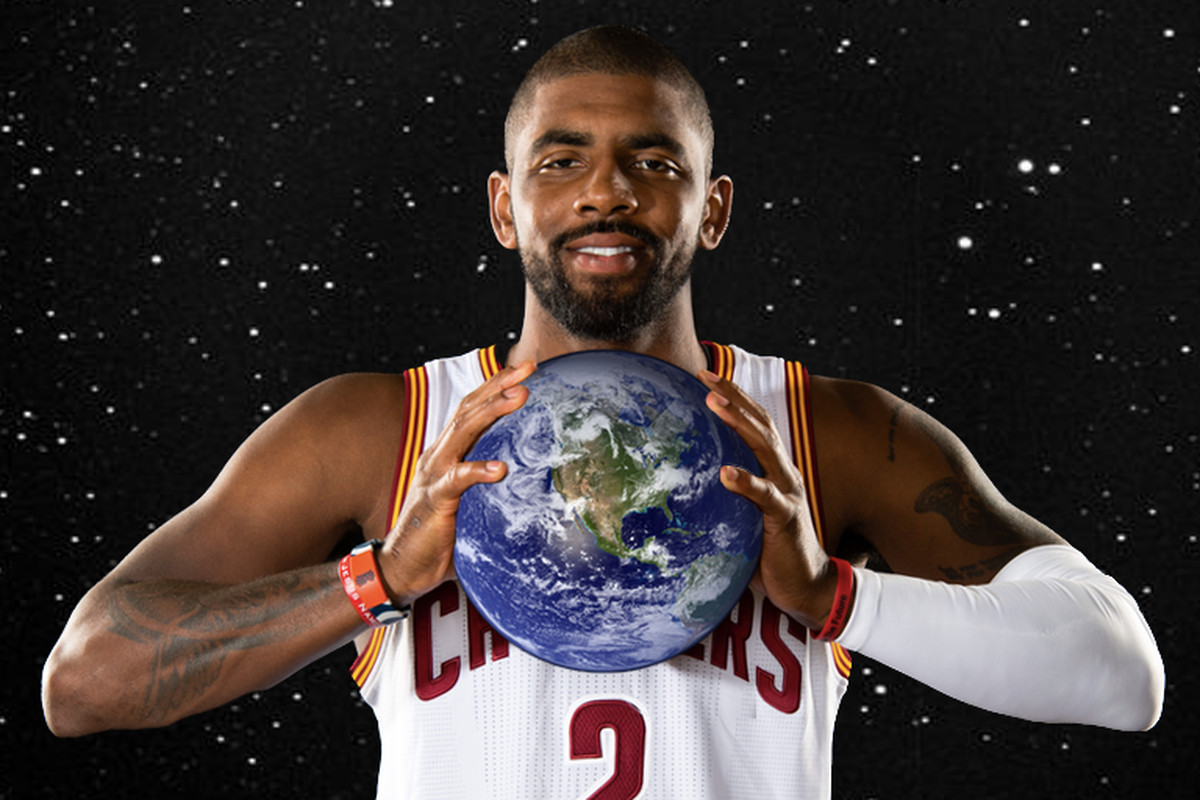 SB Nation[/caption] Kyrie Irving is an idiot.  Not because he doesn't want to play with LeBron anymore.  It's because he believes the Earth is flat. At first, it was funny.  The guy who went to Duke for a year, one of the nation's most prestigious universities, does not believe the Earth is round.  The jokes wrote themselves.  Now, it's no longer funny. Kyrie's false beliefs have crept into the minds of the kids that revere him.  Middle school teacher Nick Gurol told NPR that no matter what he does, he can't convince his students the Earth is round, thanks to Kyrie.

Science teachers aren't likely to change a student's misconceptions just by correcting them.

Gurol says his students got the idea of a flat planet from basketball star Kyrie Irving, who said as much on a podcast.

"And immediately I start to panic. How have I failed these kids so badly they think the Earth is flat just because a basketball player says it?" He says he tried reasoning with the students and showed them a video. Nothing worked.

"They think that I'm part of this larger conspiracy of being a round-Earther. That's definitely hard for me because it feels like science isn't real to them."

If the pen is mightier than sword, words from celebrities are nuclear warheads.  In Kyrie's case, a classroom globe doesn't stand a chance. [NPR]