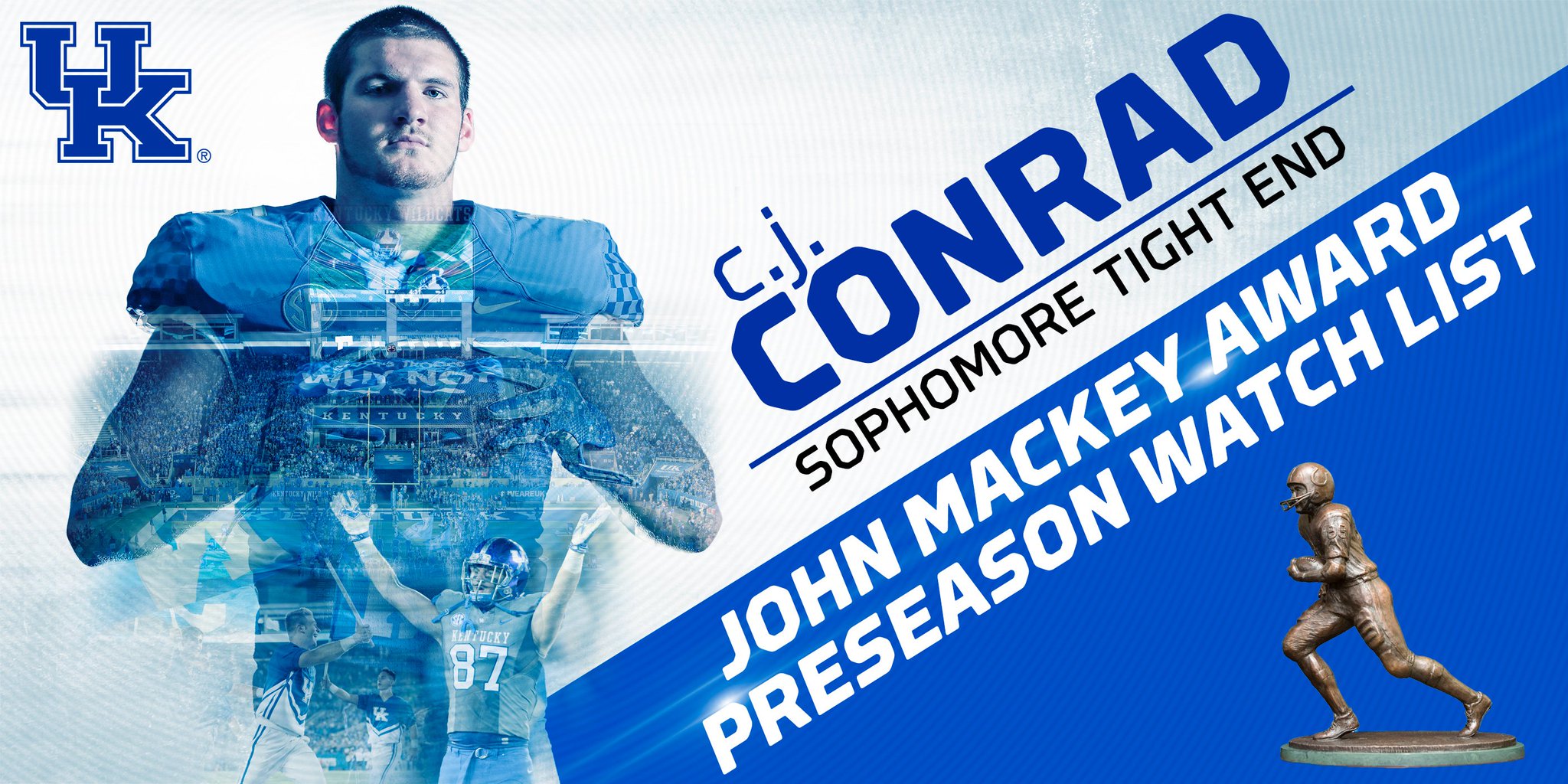 @UKFootball[/caption] Congratulations to CJ Conrad, who was one of only five sophomores to be named to the preseason watchlist for the John Mackey Award, given annually to the best tight end in college football. In his first season in Lexington, Conrad played in all twelve games, starting nine. He led all SEC tight ends with 15 catches for 149 yards and one touchdown, numbers that are likely to go up in Eddie Gran's new offense. He was named Freshman All-America Third Team by Athlon Sports and SEC All-Freshman Team by the league's coaches. Last season, he was placed on the John Mackey Award Midseason Watch List and earned honorable mention Mackey Award Tight End of the Week after a strong performance against Missouri. Forty-five players were named to the preseason watchlist in total. The winner will be announced on December 7 and the award will be presented live on December 8 at The Home Depot College Football Awards Red Carpet Show on ESPNU. Let's celebrate by watching Conrad's first touchdown as a Wildcat, a 24-yard pass from Patrick Towles vs. Missouri: