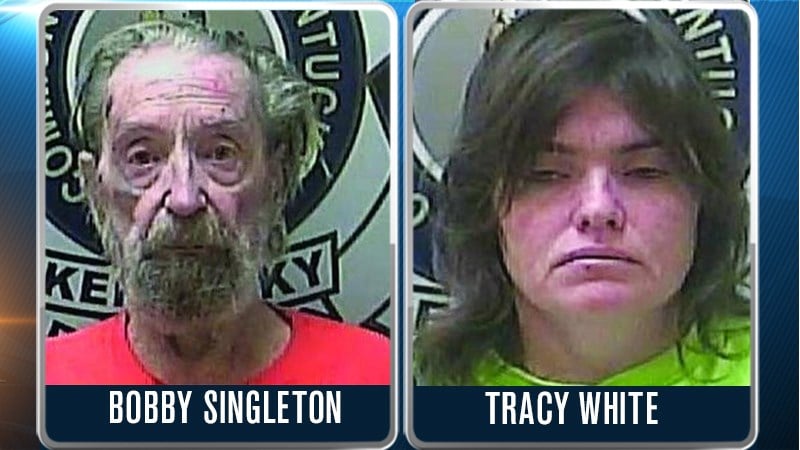 Today's smheadline comes to us from Clark County, where a couple's argument over sex turned into a fight with fire pokers. According to LEX18, on Monday night, Bobby Singleton, 79, and his girlfriend, Tracy White, 43, attacked each other with fire pokers during an argument over whether or not to have sex. Who hit who first isn't clear -- shocker, both had been drinking heavily -- but when police showed up, they found both with injuries and the poker in the yard. The couple apparently has a history of domestic violence, and both were arrested on assault charges. "We had both been drinking and it was just a big misunderstanding and that's all I care to say," White told LEX18. [LEX18]