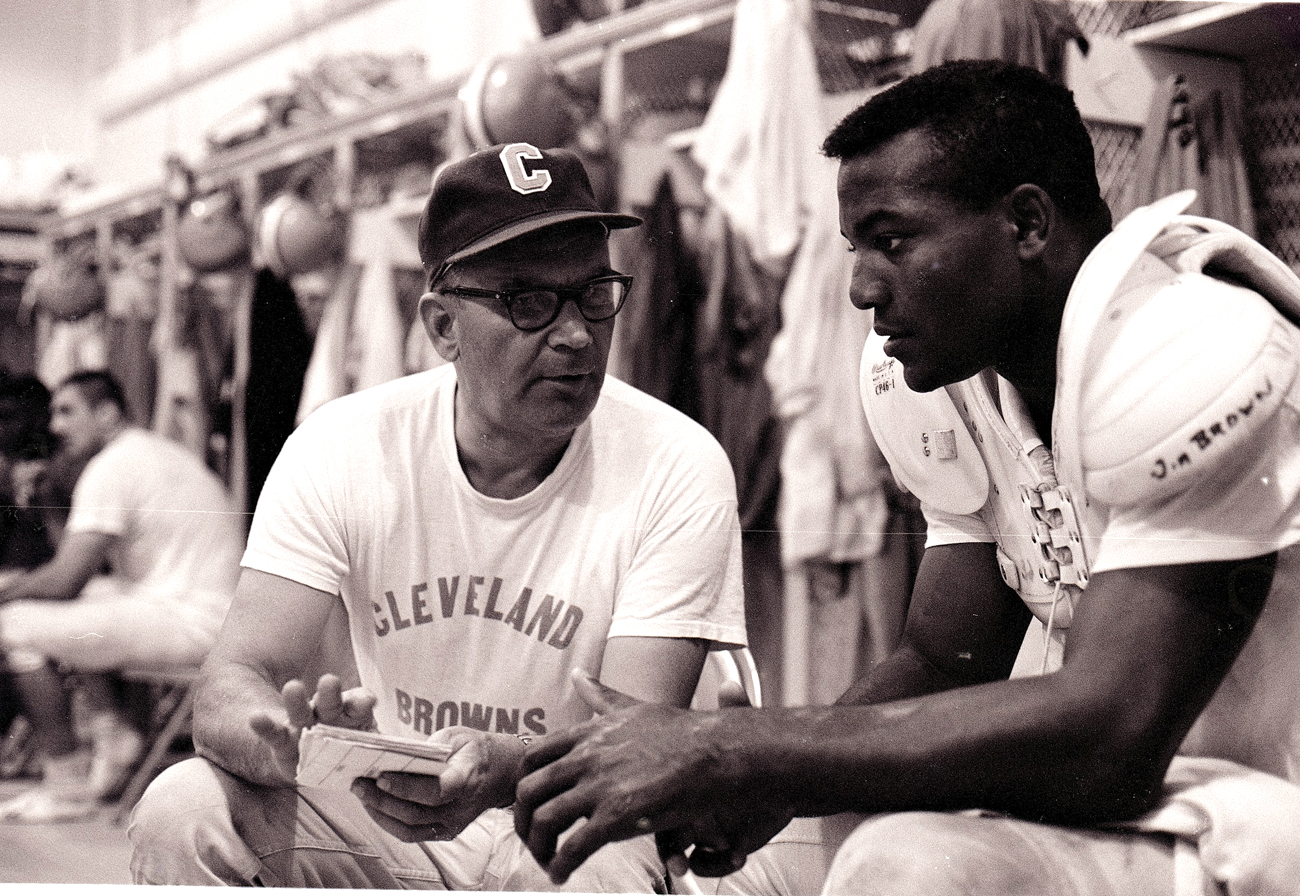 LeBron and Cavs will try to erase a 52 year championship drought for Cleveland hinging on their game seven performance in Oakland tonight. 1964 was the last year Cleveland won a professional sports championship, and it was under the coaching of Kentucky's very own, Blanton Collier. The ex-UK head coach was fired at Kentucky three years prior to winning a championship as the coach of the Cleveland Browns in 1964. In that game, Collier not only won a championship, he also beat a former assistant from his 1959 staff at UK, Don Shula. Just three years removed from his position at Kentucky, Collier coached his 1964 team to a NFL Championship on the shoulders of Jim Brown against the Baltimore Colts, two years before the Super Bowl was created.

At UK, he succeeded Bear Bryant – arguably the greatest college football coach of all time.

In Cleveland, he followed Paul Brown – arguably the most significant pro football coach of all time.

A Millersburg native and Georgetown College graduate, Collier spent eight seasons (1954-61) as Kentucky's coach. Ten UK coaches later, Collier (41-36-3) is still the last one to leave with a winning record.

“Daddy knew he had a good record at Kentucky,” Collier McLaughlin said. “But I’m sure, on some level, what happened in Cleveland was satisfying because it showed (UK) what it had and let go.”

Sounds like Kentucky football alright. The Cats haven't had a coach leave with a winning record since Collier was fired in 1961, and he won a professional championship with the Browns just three years later. Tyronn Lue looks to replace Collier as the last man to have won a professional sports championship in the city of Cleveland, ending the half-century of heartache for the Cleveland faithful. LeBron would like nothing more than to win his first ring in Cleveland against the NBA-record breaking Warriors, it would surely be his most cherished title so far. For the Land.