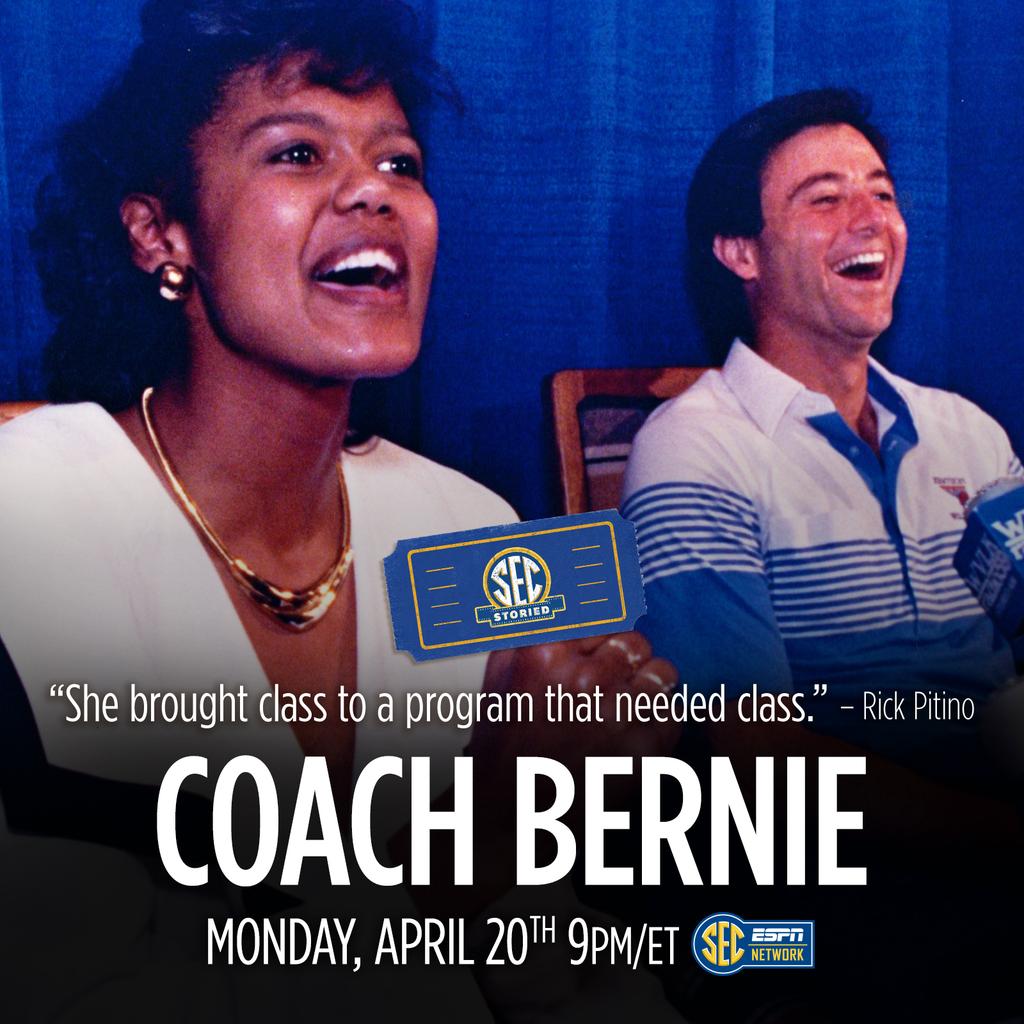 Need something to watch tonight? At 9 p.m., the SEC Network debuts "Coach Bernie," an episode of "SEC Storied" about Bernadette Locke-Mattox, the former UK assistant under Rick Pitino who was only the second female assistant coach in Division I men's basketball history. Here's the synopsis from the SEC Network:

When Rick Pitino was hired to coach the Kentucky basketball team in 1989, the once-proud program was reeling from NCAA probation and the loss of scholarships. He needed to shake things up and give the players who stayed a fresh perspective. To help achieve this, in 1990 he hired Bernadette Locke, only the second female assistant coach in Division I men’s basketball history. A former star point guard with the University of Georgia, Locke brought knowledge, spirit and academic discipline to the Wildcats. In two years, Kentucky basketball returned to prominence and, though still undermanned by the loss of scholarships, the Wildcats made it all the way to the Elite 8 in 1992. As Pitino and her fellow assistants Billy Donovan and Tubby Smith attest, Coach Bernie made a difference.