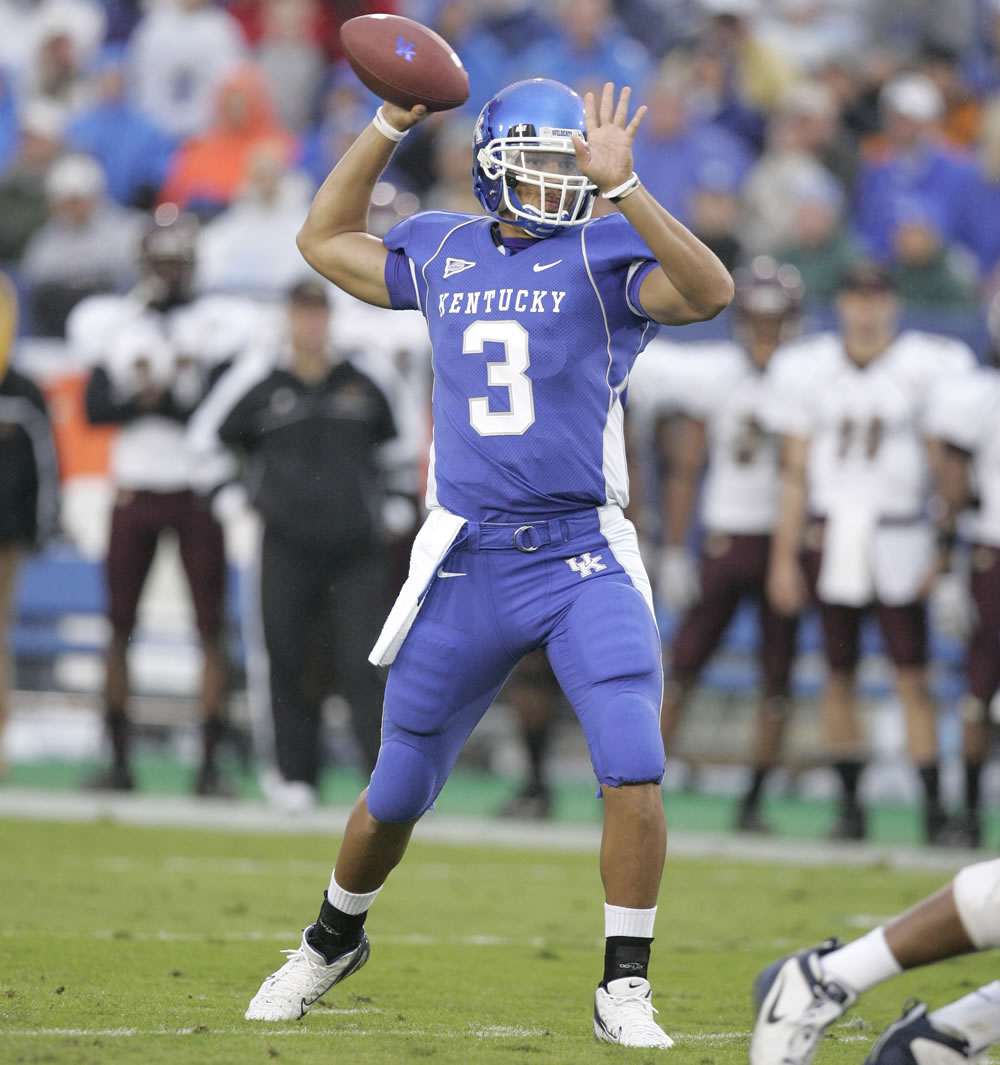 There are very few silver linings you can take from the start of this season.  After Saturday's 45-7 embarrassment in Gainesville, you could give out compliments to two players: Grant McKinniss and Jordan Jones. The only way I could move forward with any semblance of optimism is by looking back to Rich Brooks' fourth season. The environment surrounding Stoops' fourth season is exponentially more positive than the one Brooks encountered in '06.  Stoops won 2, 5 and 5 games in his first three years.  Brooks won 4, 2 and 3.  Stoops received more than $120 million investment into stadium renovations and a new training facility.  All Rich Brooks got were "Ditch Rich and Mitch" bumper stickers. The environments may have been different, but the personnel is more similar than you'd think. All of it adds up to success, yet when this team faced adversity this week, they chose flight over fight. In 2006, Brooks's team was 3-3 heading into LSU.  They beat two bunnies and Ole Miss, but lost to South Carolina, UofL and Florida.  Needing to show some life, they were demolished 49-0. The '06 team responded by winning four straight games to become bowl eligible.  The win over Clemson in the Music City Bowl was the first postseason victory in 22 years and catapulted the football program to the greatest stretch of success most readers have ever seen. Could this year's team turn around the season after two bad weeks?  Of course.  Could this be the start of something great?  That's a more difficult answer.  As Jared Lorenzen pointed out in the KSR Football Podcast, this team could do what his team did in 2000: after the only shutout in Mumme's career came against LSU, they lost every game for the rest of the year to go 2-9. This team has enough talent and winnable games left to turn this season around, but they must prove to everyone that they can overcome adversity.  They must all show the fight that Jordan Jones didn't stop showing last Saturday. We won't know for certain after the New Mexico State game, but if these Cats head into the Bye Week 3-3, anything can happen.  Just ask the '06 team.