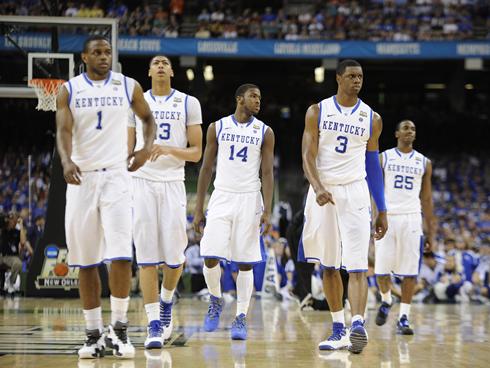 As you may have heard, there is currently a lawsuit pending against the NCAA, Electronic Arts, and The Collegiate Licensing Company that could very well shape the future of college athletics. Former UCLA basketball player Ed O’Bannon is leading the charge against the NCAA in the class action suit, claiming that the NCAA should not be allowed to sell and profit off the likenesses of current and former student-athletes without due compensation. I think most people can agree with that. However, Andy Staples of SI.com wrote a very interesting article on the ruling on Thursday by Judge Claudia Wilkens that said for the class action suit to include current student-athletes, at least one current NCAA athlete must be listed in the lawsuit. This would require one student-athlete to become the de facto “face” of the O’Bannon camp’s argument, up against the governing body that they signed their likenesses over to before enrollment, and a physical embodiment of the party who’s rights are currently up for grabs. But who will that athlete be? Staples makes some key points regarding how the selection of this athlete should happen, and I pose the question; Will a UK athlete be the one who takes the step against the NCAA?

If they get that guarantee, a player — or players, depending on whether the plaintiffs want strength in numbers — will step forward. Any player who does will get ripped in the media and by fans who want to cling to the illusion that sports with billion-dollar television deals are amateur enterprises. That player will have to be strong. Coaches and athletic directors will want him to fail, because money diverted to athletes means less money for them.

This is one thing I disagree with. In this day and age of billion dollar TV deals and entire TV networks dedicated to covering college athletics, it seems that the only ones clinging to the old idea of amateurism are the NCAA themselves. Many high-profile coaches, such as John Calipari and Steve Spurrier have publicly lobbied for a “cost of living” stipend for players. Bottom line, the system is broken beyond repair and the NCAA is in the garage with Krazy Glue trying to fix it before their parents get home from work.

The player who steps forward will need to be either a football or men’s basketball player. For maximum effect, he’ll need to be a starter at a school in either the ACC, Big 12, Big Ten, Pac-12 or SEC. He’ll need to be the type of player who gets lots of screen time when ESPN or Fox or CBS shows his team’s games. Essentially, he needs to be the type of player the networks are paying to show, even though an NCAA attorney argued — with a straight face, no less — on Thursday that networks merely pay for exclusive access to the venues and not the right to film the players at work.

Okay, we have to start with that last line. The NCAA attorney literally made the argument that TV contracts pay for the right to film inside stadiums or arenas and not the players or teams themselves. It just so happens that EVERY TIME they do this, a damn football or basketball game breaks out in front of them and they have no choice but to film it, wouldn’t you? I digress though. Based on that description above, it would more than likely have to be a basketball player were it to be a Kentucky athlete, but with a UK basketball player you’ve nailed all the criteria. Screen time? UK played 18 games on National TV last season, a number that figures to be higher this year. Not to mention the name recognition and star power with 8 former McDonald’s All-Americans on the roster. Couple those factors with Calipari’s affinity for poking at the NCAA, and now you’ve got a coach who would more than likely be extremely receptive to the scrutiny that would come with a move of this magnitude. No coach has effectively “toed the line” between amateurism and the professional ranks, and not in an offensive, rule-breaking sense, but by embracing the “one-and-done” rule that has helped change the perception of elite level collegiate athletics towards more of a functioning minor league for the NBA and NFL. Calipari has talked openly about the deficiencies of the NCAA, and here’s a prime opportunity to not only express displeasure with the current system, but be part of an active plan to change it.

In a jury trial, potential damages jump from the millions to the billions if current players join the mix.

Judge Wilken is set to rule on the class certification later in the summer, but needless to say, the difference between the class-action suit with and without a current athlete on board is astronomical financially. Between television contracts, apparel endorsements, stadium profits, administrative salaries in the millions of dollars, and merchandise sales through the roof there is more than enough money to go around to pay back what will ultimately be a fraction of the profits. Personally I would love the idea of a UK player being involved in what almost certainly will be one of the more historically important legal battles in sports history,and if that means taking down the NCAA with it, that’s just icing on the cake.

a Princeton compliance official wrote to David Berst, the NCAA’s vice president for Division I, asking how EA Sports’ NCAA Football 06 could include such accurate, identifiable information about current players. Berst asked Lennon and Mallonee for an answer. Mallonee provided it. He closed with a question of his own.

“The jersey number along with the position and vital statistics is clearly an attempt to have the public make the association with the current student-athlete,” Mallonee wrote, according to a copy of the email placed in the O’Bannon case file by the plaintiffs. “And it appears to be working. The Best Damn Sports Show was aired several weeks ago and had Matt Leinart and Reggie Bush acknowledging that they were in the video game. That then raises the issue of whether getting in line with technology means being more restrictive or lenient with our rules. The article would imply that we might relax our rules a bit. The biggest concern I have is that such a position really does allow for the maximum commercial exploitation of the [student-athlete] and if that occurs, will it be long before we can defend not giving them a piece of the profits?”

Now, the NCAA is in the position of defending practices its own leaders considered indefensible eight years ago. In the next few weeks, it may have to begin defending those practices in court against one or more of the student-athletes for whom it claims to cheer so hard.

Boom, roasted. It’ll be interesting to see which athlete is chosen to put their face on the case against the NCAA, and what kind of spectacle their lives will become (Early bets are anywhere from TebowMania to O.J. Simspon). Will they be portrayed as the White Knight standing up against evil, or an egotistical prima donna who is ungrateful for receiving a free education? The way the media covers this will be interesting as well, but as they said in ‘Space Jam’, “The customer is always right”, and my guess is that the “customers” of sports media will be heavily in favor of the student-athlete. My only hope is that when Judge Wilken is delivering the final verdict to the court, in lieu of banging the gavel, Enes Kanter will be led in by gongs and white smoke to drop the final Piledriver on the NCAA. Jay Bilas for Prez, y’all. I’m out. 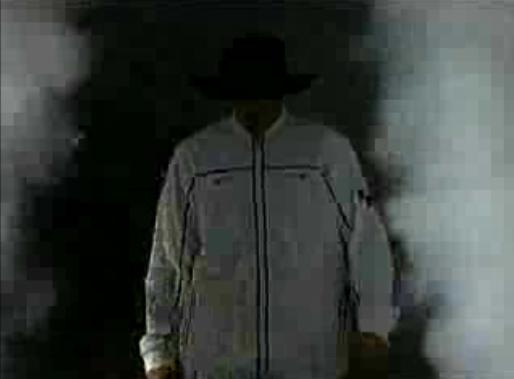