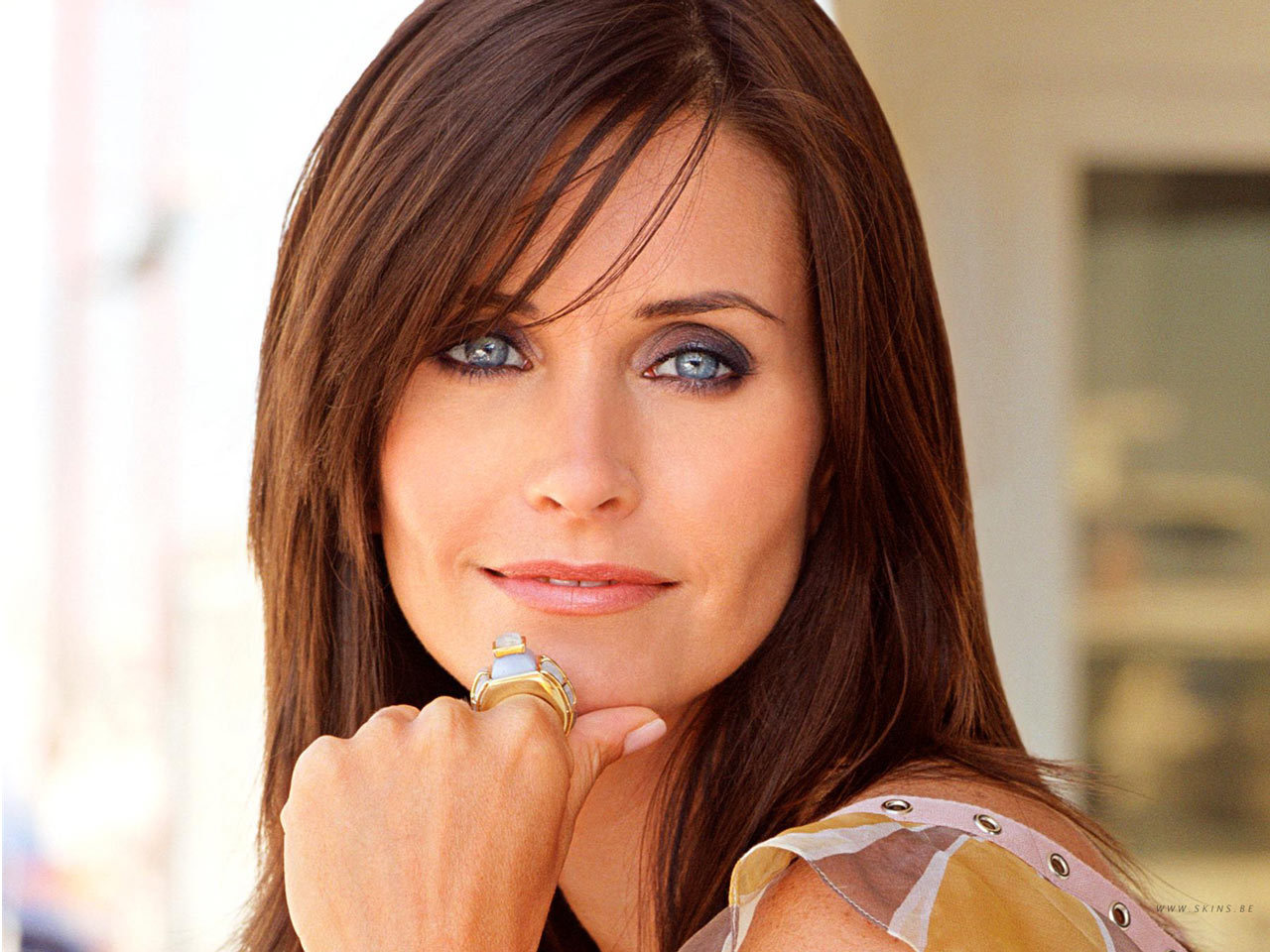 It’s trivia time! Can you tell me which one of BTI’s celebrity crushes is celebrating a birthday today? Two hints… Hint #1: This person stars on a popular sitcom on network television and just signed on for a new season. Hint #2: This person is rumored to be dating a male co-star… Did you get it? Neil Patrick Harris!!! Neil Patrick Harris turns 38 today – but since we’re not really interested in Neil Patrick Harris, we’ll toast to Courteney Cox on her 47th birthday. Courteney Cox has been a longtime Hollywood hottie and it’s so hard to believe she is 47 today. I think Wikipedia may be lying. It seems like just yesterday we were all watching Scream and saying, “How in the hell did David Arquette pull that?” Now, we’re all watching Cougar Town and saying to ourselves, “How in the hell did David Arquette pull that?” Good for him, I guess. The two have since divorced and I’m on the prowl. So Courteney, if you’re reading this, I’d love to take you out tonight for your birthday. And for now, take these Wednesday News and Views as a token of my love. Hi, Josh!!!

To the news and views…

— When the clock struck 12:01 AM, college basketball coaches all over the country started calling recruits in the 2013 class to officially begin their recruitment. I’m sure Coach Cal is on the phone with a future McDonald’s All-American as I write this. I wonder who got his first call?

— The big news around these parts is still the NCAA’s ludicrous request for UK to apologize for the 500 wins ceremony. The apology clock is winding down before the NCAA will demand that school officials meet in-person with the NCAA Committee of Infraction. At this point we still don’t know if UK has responded to the letter, but surely they have and we’ll hear something soon. My hope is that once everything is settled, UK will release the five-page letter from the NCAA. The fans need to see it, right? We need to know how the committee could possibly waste five pages of official NCAA stationary on this petty issue. We need to read the entire letter and appreciate it’s comedic value. I want to see how many times it says “troubling”, “extremely troubling”, and “very troubling.” Do the right thing, UK. Accidentally drop a copy outside the Kernel offices if you have to. Make it happen.

— Now the national media is weighing in on the NCAA vs. Kentucky topic and Michael Wilbon said it best Tuesday on PTI. Wilbon said UK should tell the NCAA to “go to hell.” I can’t say I disagree. Can we just let Wilbon handle this? Then again, telling the NCAA to go to hell would only tick them off even more. The last thing we need is the NCAA looking for blood in Lexington. I could easily see Mark Emmert snooping around Twany Beckham’s shoe closet and Jon Hood’s meal plan records looking for dirt.

— Hey, I have an idea: Let’s honor every one of Coach Cal’s wins from now on. Flowers, handshakes, and game balls for every single win and then a full spectacle for the NCAA’s version of win #500. I’m talking about a tribute concert, fireworks, a parade, fighter jet fly-by over Rupp, balloon animals, and the whole nine yards. Let’s rub it in the NCAA’s face. Who’s with me? Sandy? DeWayne?

— On to non-NCAA B.S. issues…Josh Harrellson will be working out with the Jazz today in Utah. He’ll be joined by Kemba Walker, Jimmer Fredette, and three other draft prospects. Brandon Knight was supposed to be working out in Salt Lake as well, but Arn Tellem doesn’t see any reason why his client should work out against the Jimmer and Kemba. Walker and Knight are two viable options for Utah’s third pick and Jimmer could be an option at #12. The Jazz don’t have another pick in the draft so it’ll take a trade if there’s any chance of Jorts joining the team. In related news, NBA analyst David Aldridge just bumped Jorts from his #2 to #8 best center in the draft. Jorts is still #1 to us.

— Let’s move southwest to Los Angeles where the Clippers have exercised their third-year option on Eric Bledsoe. That means Bledsoe will be throwing alley oops to Blake Griffin through the 2012-2013 season. Bledsoe is going to be one to really keep an eye on next season to see how and if he develops into that true NBA point guard. We’d all love to see him starting in L.A. for many years to come. Go get s— right.

— And down in Miami, Jamaal Magloire said he will absolutely be playing in the NBA next season. Magloire hopes to stay in Miami but the organization will have to re-sign him this offseason because his contract expires on June 30. Zydrunas Ilgauskas is expected to retire so that certainly helps Magloire’s chances in Miami. If not, he is still a legitimate third-option at center and someone out there will offer him a minimum contract. The only question is, how many teams out there has Magloire not thrown a punch at? It can’t be many.

— I know you’ve been waiting months for this… Louisville unveiled it’s new away jersey for football season. We’ll be seeing these on September 17 in Commonwealth Stadium, only they’ll be covered in blood, sweat, grass stains, and Danny Trevathan’s helmet paint. I think it’s odd that Louisville would show off these jerseys before the season starts. It’s like if someone held a press conference to announce what suit they’d like to be buried in right before they were murdered. Because that’s exactly what’s going to happen in Commonwealth.

— In case you missed Beisner’s tidbit about it in last night’s News and Views, please check out this malicious NSFW tweet about Kyrie Irving. So you know, I will release a similar video the night before Big Blue Madness, but instead of Skyping with @RealMissHawaii, I’ll be watching UKCat8Fan’s YouTube videos.

— I’d like to extend a warm welcome to Aaron Cordero, who just joined the KSR family. As Matt mentioned in the post directly below this, Cordero is one of the best UK football guys around and we’re happy to have him on board. I love me some UK football so I can’t wait to read his coverage and I’m sure at least four of you football fans out there feel the same way. However, my concern with adding Cordero to the team is the lack of fridge space in the KSR break room. Will is just going to have to store those oranges for the swim team somewhere else. Anyway… Welcome aboard, Aaron. Now, carry this bag out to Beisner’s car. I said now, dammit.

— And in some heartbreaking news for KSR nation, Bomani Jones went anti-Kentucky and pro-NCAA on Around the Horn Tuesday afternoon. I know, it hurts. Bomani will stop by the radio show today to explain himself but we don’t need an explanation – we just need Bomani to pull the knife out of our backs.

Be sure to tune in to Kentucky Sports Radio radio edition on Talk Radio 1080 at 10 am. Judas will be stopping by.