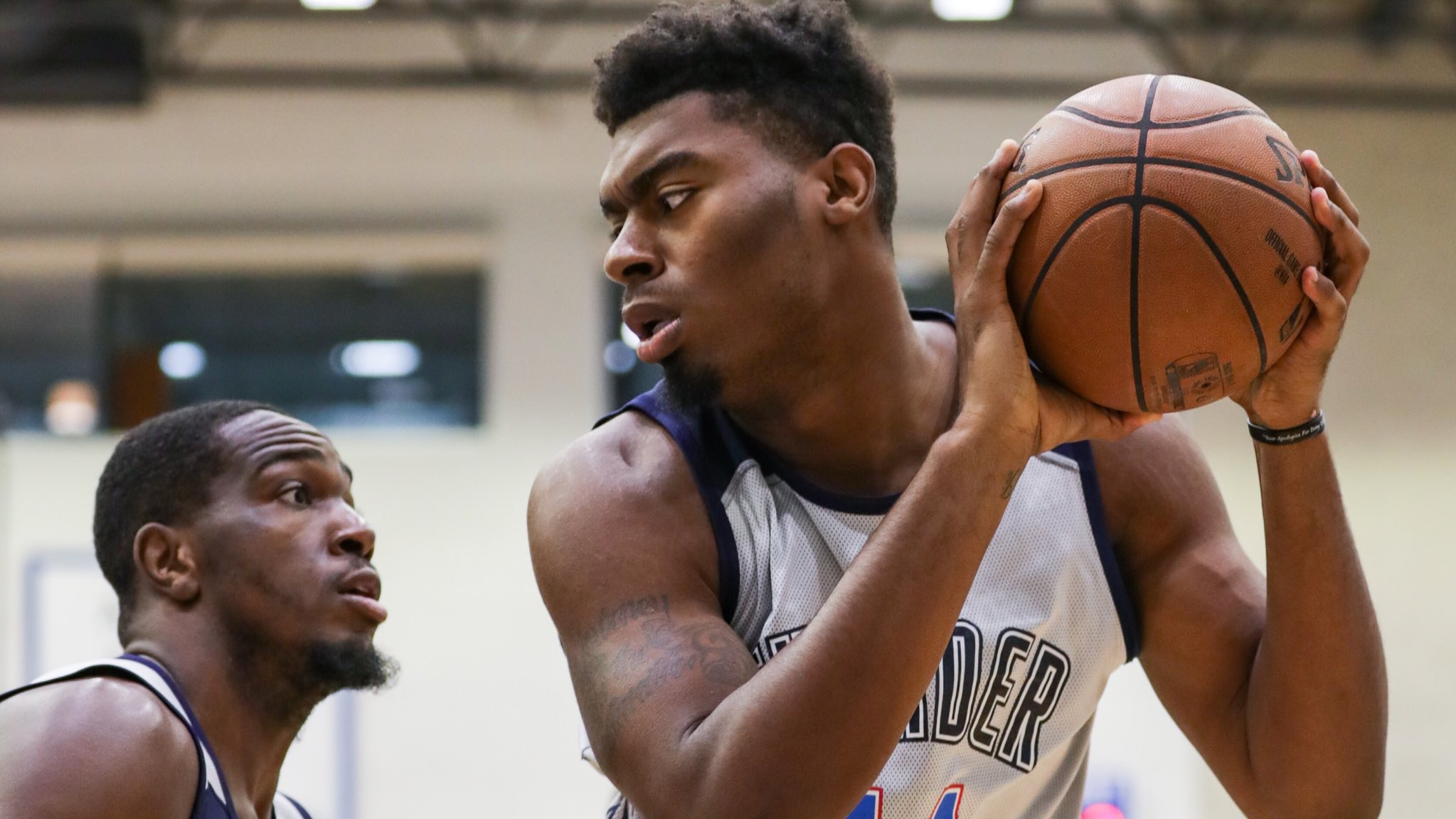 Oklahoma City lost to Dallas today in the Orlando Summer League, but Dakari Johnson turned in yet another impressive performance with 18 points (8-11), 2 rebounds, and 2 blocked shots. As we’ve seen throughout the Summer League, Dakari showcased his improved ball-handling skills, even bringing the ball down the floor at times for the Thunder:

Only good things happen when Dakari Johnson is running the point. pic.twitter.com/YhZLGqmIRP

After the game, Thunder summer coach Mark Daigneault praised Dakari’s improvement over the past year, telling reporters that they’re enjoying finding new ways to use him on the floor:

Here's Thunder summer coach Mark Daigneault on Dakari Johnson handling the ball away from the basket and even bringing the ball up as a PG pic.twitter.com/LH6aXQHf1N

Here are Dakari’s complete stats for the Orlando Summer League, which wraps up tomorrow:

In other Orlando Summer League news, Derek Willis finished with 2 points (1-4), 5 rebounds, 1 assist, and 1 steal in 11 minutes in Detroit’s win over Charlotte.

Tonight, Alex Poythress, Aaron Harrison, Isaiah Briscoe, and the Philadelphia 76ers will take on the Utah Jazz at 9 p.m. on NBATV, so plenty of more basketball to watch if you’re so inclined.