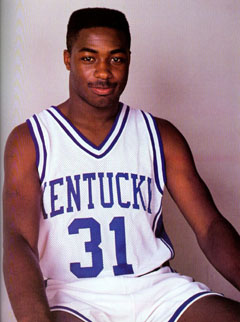 This was posted earlier this morning in the comments section, but it is certainly deserving of its own post.  The New Orleans Times-Pecayune has an excellent piece about former Cat Dale Brown and his new gig as an NAIA basketball coach.  Brown encountered some struggles after his playing career and eventually ended up back on campus at UK thanks to Tubby Smith (where he he nearly killed my friend Ralph during intramurals) and earning his degree.  A very good story about Brown's journey and he role the school played in it.