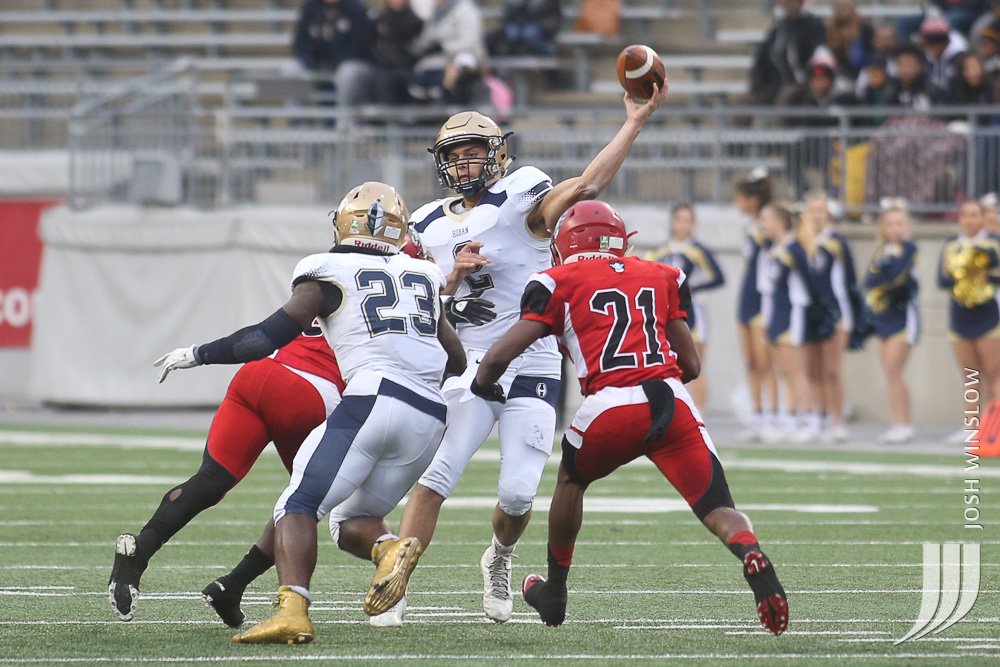 @JWinslow7[/caption] While many of his future teammates were schmoozed at Rupp Arena, Danny Clark was busy winning a State Championship. The athletic lefty led his team to their second consecutive Ohio Division III State Championship by blanking Trotwood-Madison 30-0.  Clark threw for 165 yards and two touchdowns, including this 10-yarder to his younger brother, Caden.

Clark also got it done on the ground.  He finished this 34-yard touchdown by running over this poor little safety.

Kentucky's other quarterback in the 2017 class, Walker Wood, is also fighting for a State Championship tonight at approximately 10:00 EST.  If Wood can lead the underdog Lafayette Generals over Trinity it will be an unbelievable upset. Wood and Clark plan on on enrolling early in January.