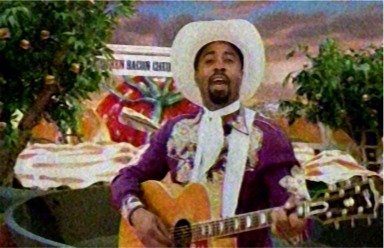 Good evening, bitches.  With the rest of the KSR crew shirking their minimal responsibilities and trekking toward the frozen tundra to our north, the late night duties fall on yours truly, who is fresh off of a rare night out with the wife.  I spent the evening at my first ever country concert (free Montgomery Gentry show at Lexington Green excluded) and not only had the pleasure of closing the book on 15 years of longing for "Let Her Cry" live, but also enjoyed watching a guy in a black UK2K shirt and his buddy in a UK hat creep on underage girls for the majority of the evening.  It was slightly less creepy than BTI's newfound obsession with constantly posting videos and pictures of my kids and your dedicated effort was admirable.  My wife and I were amused.  I'm not sure if your efforts paid off in the form of something deserving of 5-10 years in prison, but you were the icing on my "If I knew country music shows were such a massive party, I would have started going years ago" cake.  Now, the notes...  - Obviously, the big news on this evening was the official announcement that Anthony Davis has committed to join what is shaping up to be one of the finest recruiting classes in the history of recruiting classes.  Of course, the commitment does not come without controversy and national media outlets will surely be lining up to write their mud-slinging story about commenter Quicky 3 Smacks' admission that he not only had a mullet in high school, but that it was his trademark.  It's like a Pete Thamel wet dream.  - As they've always said, commitments come in pairs, and Kentucky football got themselves a nice pickup Friday night in the form of Elliot Porter.  Porter, along with the Ole Miss and Penn State games, fell victim to Les Miles' inability to understand numbers and will be immediately eligible for the Cats.  The former three-star recruit played defensive line in high school but was being converted to an offensive lineman for the Tigers.  This late pickup is far more significant than anything that the guy in the UK2K shirt was able to pull of tonight after Brad Paisley's set.  - It wasn't all roses for Operation: Win though as wide receiver Darien Thomas switched his commit to Southern Miss.  The three-star committed to the Cats back in May but, at some point, decided that the prestige of Conference USA was just too much to pass up.  - Hey, Christian Laettner went into the Basketball Hall of Fame Friday night as a part of the Dream Team.  I don't really know what to say about this.  - After what has apparently been a pretty strong week of practice, the UK football team will scrimmage Saturday.  Joker has promised that the speed will be fast and that performances will have heavy implications on the depth chart.  The game will be closed to the public and the media.  - On a final note, the KSR crew is traveling north, so please wish them safe travels.  Or, at least Drew and the Turkey Hunter.  I'm still not sure how I feel about that Jones guy.  Don't forget that the guys will be live blogging every basketball game played in the land of maple syrup, so make sure you check out the site.  It also helps me, BTI, Chris Johns and Hunter Campbell justify our existence in our annual reviews if the site doesnt' completly die while they're gone.  - Finally, the Washington Redskins used the John Wall Dance to get their season started in the right fashion.  Check it out below...