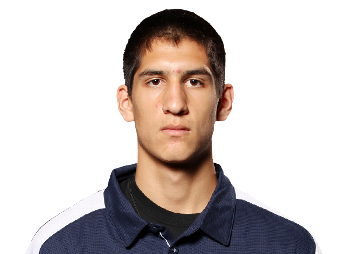 It's Derek Willis Eve in the state of Kentucky, as the 6-foot-8 power forward is set to announce his college decision tomorrow. Willis, from Bullitt East High School, will announce his destination at 4:00 pm Friday afternoon in a press conference from the school. It'll be the second commitment for Willis, but he says he is sticking to this one. Willis originally committed to Purdue as a high school sophomore last spring, but he shot up the rankings after a breakout summer on the AAU circuit. With new interest from Kentucky, Louisville, and Indiana, he decommitted from the Boilermakers in August, but Purdue is still a major player in his recruitment. The top 25 prospect in the 2013 class already knows which school he'll attend; his dad said the decision was made early last week. Del Willis, a diehard Louisville fan, says his son would like to wait until next fall but he's confident in his choice and just wants to get it over with. Many others are confident in Derek Willis's choice, too. They're confident he'll select the Cats. I am in that group of people. In fact, there aren't many people who aren't in that group. It'll take a major push from Ricky P or Tom Crean and serious reconsideration from Willis to sway the decision. Four o'clock, folks. The Cats should land their first commitment of the 2013 class. And we'll have all the coverage you need right here so stick with us. News and views are in the house tonight. Everybody just have a good time. Everyday I'm shuffelin'... --- I'm going to give you two things to watch for this weekend when Kentucky hosts the Crimson Tide. I know, there are plenty of things to watch during a Kentucky game at Rupp Arena, but these are two storylines that could make a world of difference going forward. Both are crucial to this team's evolution: (1) Marquis Teague, Floor General... For the first time all season, or at least as long as I can remember, Marquis Teague played the point damn near to perfection against Arkansas. Teague had a career-high 9 assists and just three turnovers in a very fast-paced game. It was an "unbelievable floor game" for Teague, Coach Cal called it afterwards. Cal said the difference in his point guard is he's focused and zoned in on how he's playing. "He's playing the point versus trying to score," Cal said. Even Teague himself noticed a difference in his game. "I am making better decisions and trying to run the team," he said following the win. "I have to get everyone involved and make everyone happy." I won't call Teague selfish, but he was definitely a shoot-first point guard in the first half of the season. Now he just needs to transition into a well-rounded point guard. He can get his buckets, and he will, but in order to be a great point guard, he'll have to play like he did Tuesday night and run the team. Watch him. It could get ugly for UK's opponents if he plays Floor General again. (2) Anthony Davis, Offensive Threat... While Teague grows as a passer and a leader, Anthony Davis is growing as a playmaker on offense. Before, he was just that guy they threw the lob to on offense. And that was just fine. But against Arkansas, Davis knocked down a jumper and took his man off the bounce to create his own shot. And that's just scary. We've heard about AD's potential on the offensive end; we just hadn't really seen flashes of it until Tuesday. If he can consistently create his own shot or hit that 15 footer, get out of his way. It'll be hard to find a flaw in his game when that happens. We could be looking at one of the all-time greats in Kentucky blue. Watch him when he has the ball. And watch him when he's throwing it down off the lob, too. And when he's blocking shots. Or when he's skying over everyone for a rebound. Or hustling. Or altering a shot. Or getting a steal in transition. Just keep watching him. --- Moving on, UK Hoops got another big conference win on Thursday night. Matthew Mitchell's sixth-ranked team went down to Georgia and knocked off the No. 15 Bulldogs, 69-64 in Athens. Freshman guard Bria Gross led the way with a career-high 22 points. Player of the Year candidate A'dia Mathies only scored seven but grabbed a career-high 10 rebounds and dished out four assists. The win moves Kentucky to 17-2 on the season and a 6-0 start in SEC play, the best in school history. The Cats have now beaten five ranked teams this season, including three teams ranked in the top 10. --- Luke Winn of SI.com made a block chart for Anthony Davis:

(via SI.com) Something tells me Luke Winn is single. Just a guess. --- After his best performance of the season against Arkansas, Davis moved up to No. 3 on CBSSports.com's Player of the Year list. He's behind Thomas Robinson and Creighton's Doug McDermott, and just ahead of Jared Sullinger, John Henson, and Michael Kidd-Gilchrist at sixth. Murray State's Isaiah Canaan is No. 10 on the list. -- That Vanderbilt team we all expected to see this season is finally showing up for basketball games. The Commodores went down to Tuscaloosa and came out with a 10-point victory over Alabama. Hubert Davis called Vandy a potential Final Four team -- which some people on Twitter called crazy -- but I can't say I disagree. They should be so much better than how they've been playing this season. I'm not going to write them off yet. --- According to JayhawkSlant.com, Shabazz Muhammad will take an official visit to Kansas. Ron Holmes, the father of the nation's No. 1 player, told the KU website that Kansas is definitely in the mix.  “A lot of people have no idea what’s going on," he said. "We’re going to officially visit Kansas, and I’ve said that many times. If it works out, I’m going to bring my entire family to Kansas. I always knew Kansas was a great school, but the in-home visit really opened my eyes.” As someone who has been to Lawrence, Kansas, I can go ahead and assure Shabazz he doesn't want to go there. Just take my word for it, buddy. The Phog is an incredible college basketball atmosphere but that's about it. It's Kansas. It's just a bunch of wheat and... ummm... more wheat and stuff. --- If you're wondering how former UK defensive coordinator Steve Brown landed a job in the NFL, it's probably more of a favor from his old roommate. Brown and Titans head coach Mike Munchak lived and played together in Houston. Brown played eight years for the Oilers from 1983 to 1990 as a cornerback and kick returner. He got a bad rap in his final seasons as UK's defensive coordinator, but he's proven in the past to be a pretty solid coach in the secondary. His new job as "assistant defensive backs coach" should fit him just right. -- Check out the latest word on three big time football recruits Kentucky is pursuing. Two of them are four-star players who recently decommitted from Tennessee and the other is an old name on UK's board that has reemerged. Click here or just scroll down to find it. --- TV time! I have a question, friends. I'm going to play catch up on a series but I can't make up my mind on which show I want to commit to. With a new season of Justified just starting, I'm tempted to get my Raylan Givens on. But I'm also considering flooding my brain with four seasons of Mad Men before season 5 debuts. Any other suggestions? I'm willing to give anything a try. Help me out, please. That'll do it. Don't forget about Derek Willis at 4:00. We'll be sure to remind you plenty of times throughout the day. Go Cats.