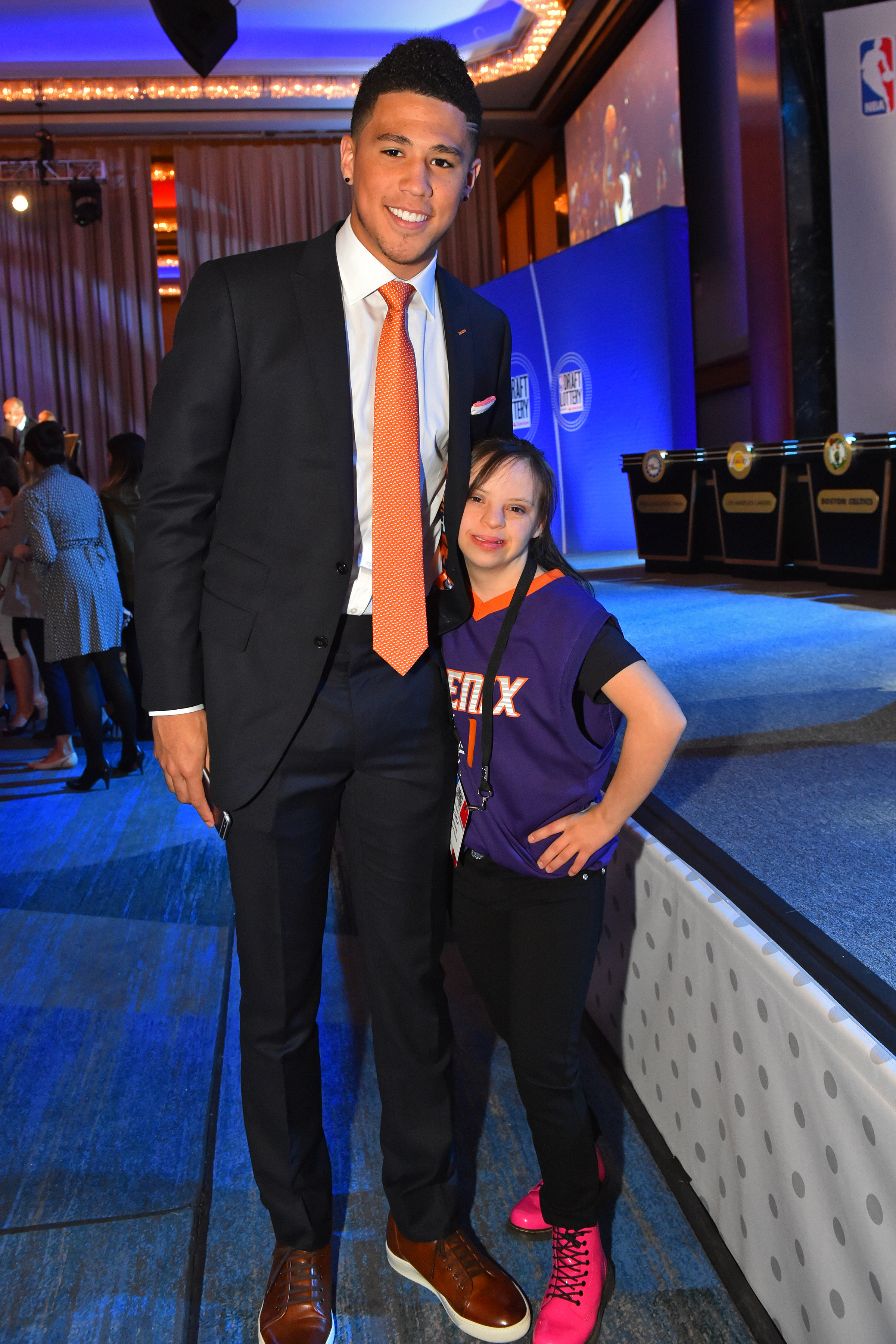 Photo: Jesse Garrabrant | Getty Images[/caption] There's probably not a better story surrounding the recent NBA Draft Lottery than this one. As the Phoenix Suns' representative for the lottery, Devin Booker knew the perfect person to accompany him to the event in New York City. He invited his best friend Jenna. Jenna and her family have been Suns season ticket holders since 2010, but since last year, she really enjoys going just to see Booker. Here is a piece from David Gardner, of Sports Illustrated, about this heart-warming story:

It didn’t take long for Devin to notice Jenna, and it wasn’t just because she watched every warmup and shrieked for each uncontested jumper he sank. Jenna reminded him of someone. Devin says he’s always formed fast and easy friendships with people with special needs. When he was in middle school, his group of friends included a boy named Caleb who had Down syndrome. They didn’t share a classroom, but Devin made sure they shared lunch on most days, and Caleb became one of the biggest fans of the Grandville Middle School Bulldogs, for whom Devin was a star. Only years later would Devin realize how meaningful that first friendship would be.

Devin's younger half-sister, Mya, has microdeletion syndrome, a genetic chromosomal disorder. In this heart-warming article by SI, we find out more about Booker's relationship with his little sister, and how that has impacted him and his interactions with others of special needs. We all know the great man that Devin Booker has become, and it goes far beyond the basketball court. I've witnessed in person how Devin will go out of his way to brighten a family's day. This young man continues to accomplish amazing things on and off the court. The video below of Devin and Jenna in New York is a must-see feel-good moment. https://www.youtube.com/watch?v=fEWiOjtG_5I