Devin Booker working out for the Suns today
Article written by: 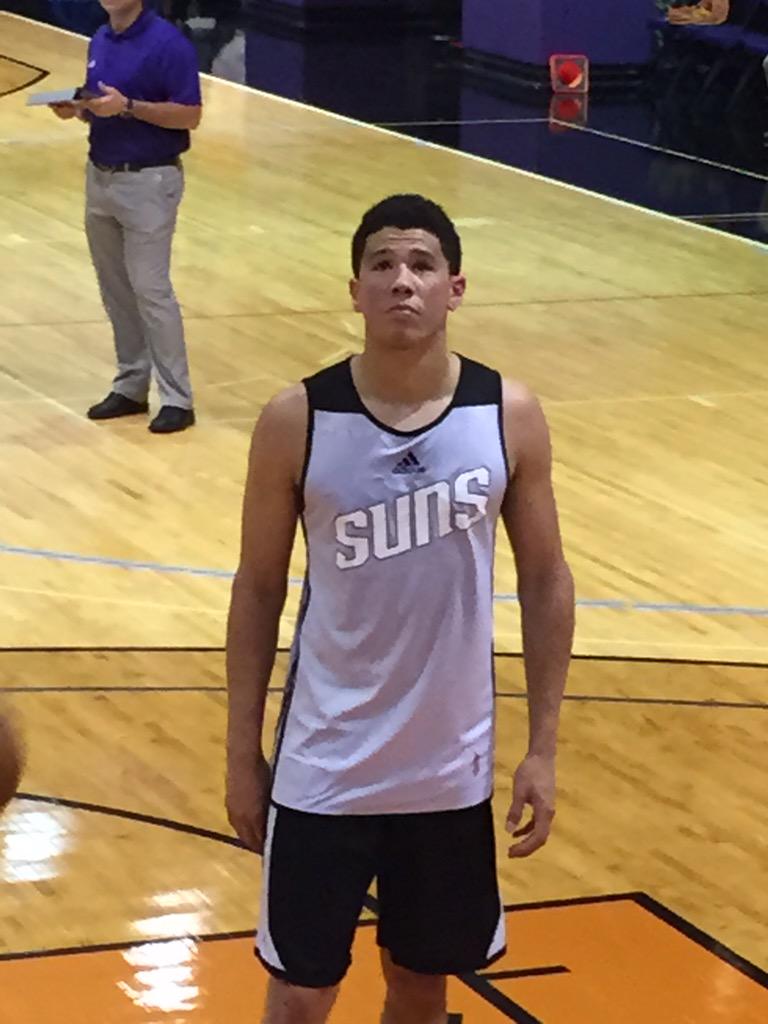 @DaveKingNBA[/caption] The Phoenix Suns hold the No. 13 pick in the draft and Devin Booker is high on the franchise's board at that spot. Today Booker will work out for the Suns in Phoenix, along with a handful of other NBA prospects, including Georgia State's R.J. Hunter. Many of the draft gurus name Booker and Hunter the two best shooters in the class. DraftExpress.com currently has Booker going to Phoenix in its mock draft, as does Paul Coro of azcentral.com. If he's on the board when Phoenix is on the clock later this month, today's workout could be a huge factor in whether or not he is the pick. Can you get behind a backcourt of Eric Bledsoe, Brandon Knight and Devin Booker?